Student shot and killed by another student at Albuquerque middle school

Students at the school were dismissed early Friday after the school was put on a lockdown. All APD units responded to the shooting.

According to a witness at the scene, six shots were fired. The victim was transported to the hospital and a suspect was taken into custody. The incident occurred at around 12:30 p.m.

Police said both the victim and suspect are around 13 years old.

A parent at the scene said a fight occurred Thursday and a student threatened to bring a gun to school Friday. 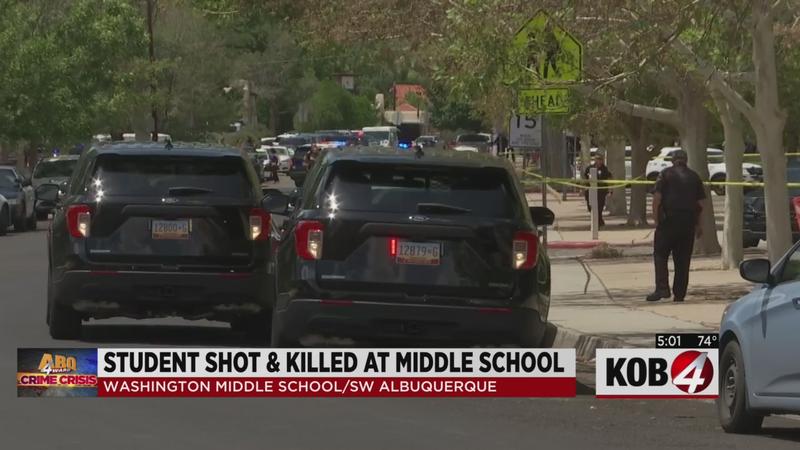 This shooting marks the city’s second homicide within 24 hours and the city’s 80th homicide this year, matching the record number of homicides APD investigated in 2019.

One person getting taken away in handcuffs. No word from police yet. Waiting for a supervisor. pic.twitter.com/N9x8p5WoIe