By making that decision, students-athletes will not be able to participate in sports. The state says only district in hybrid can take part in NMAA-sanctioned events.

"The whole community came together today to protest the decision that was made recently, to not go back into hybrid," said Tyler Kiehne, a high school senior.

Kiehne plans to play football at UCLA after graduation. However, he said he’s speaking out for other student-athletes who may rely on sports to get into college.

"As motivated as he is and even though he already has an opportunity, he’s been really upset and depressed because of the opportunities that have been taken away from them, from everybody," said Kiehne’s mother, Ada. 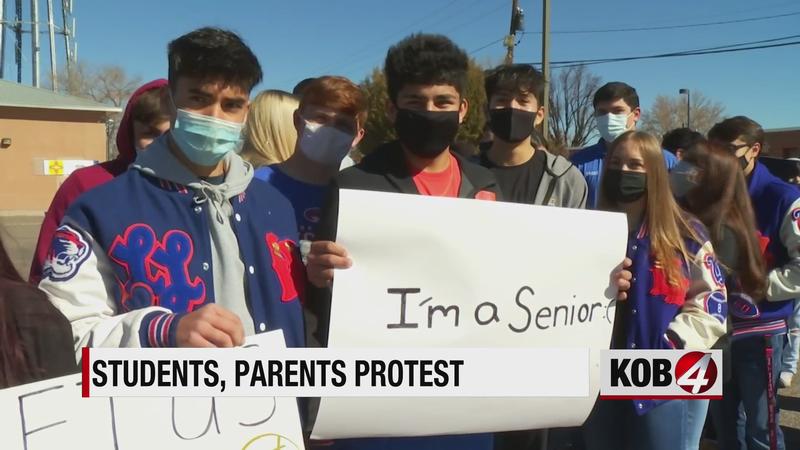 The superintendent of Los Lunas Public Schools sent a letter to students and their families that says the district understand the best model for students is in-person, both academically and emotionally.

Following the protest, the superintended said, "The board is also collaborating with other school boards from across the state of New Mexico to bring further opportunities for all of our students."

The board has scheduled a special meeting to discuss the re-entry plan on Feb. 16.