ALBUQUERQUE, N.M. – An Albuquerque artist rented studio space inside a warehouse near 6th Street and Haines, and now most of his work and materials are gone after a fire Wednesday morning.

"I do a lot of large-scale work that focuses on displaced people, oddly enough," said Jesse Littlebird. He’s now displaced from his studio of two years after a fire ripped through the warehouse, destroying almost everything inside.

Part of the warehouse stored movie props, and the other half contained Littlebird’s paintings.

"The majority of the damage for my work is water damage," Littlebird said. "It got so hot in there that tar was like falling from the ceiling, onto all the work. I’ve lost a good 80 percent of the work in there."

Littlebird estimates he lost at least $500,000 of artwork. 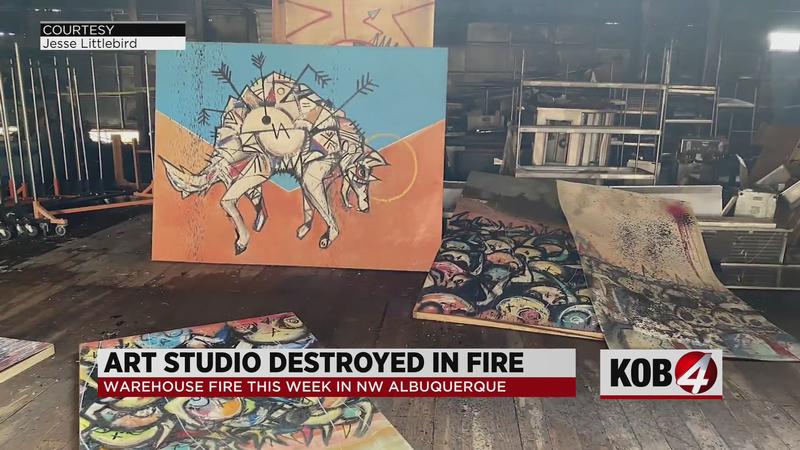 If you’d like to help support Littlebird’s work, click here. Albuquerque Fire Rescue said the cause of the fire is still under investigation.