Study: 1 in 10 Americans drink more on video calls compared to in person

ALBUQUERQUE, N.M. — Boozing and Zooming picked up during the pandemic. Not only that, but the American Addiction Centers (AAC) have found that one in 10 Americans will drink more when hanging out with their friends on video platforms like Zoom, than in person.

The real issue for Dr. Paul Romo, an addiction ppsychiatry specialist at the University of New Mexico, is that alcohol consumption is going up regardless of where it’s happening.

"We’ve been seeing people both in out-patient and in-patient settings that are needing help with recovery from alcohol and other substances," Dr. Romo said. "And the behavioral and physical problems that come with heavy alcohol use."

So how much is too much to drink? 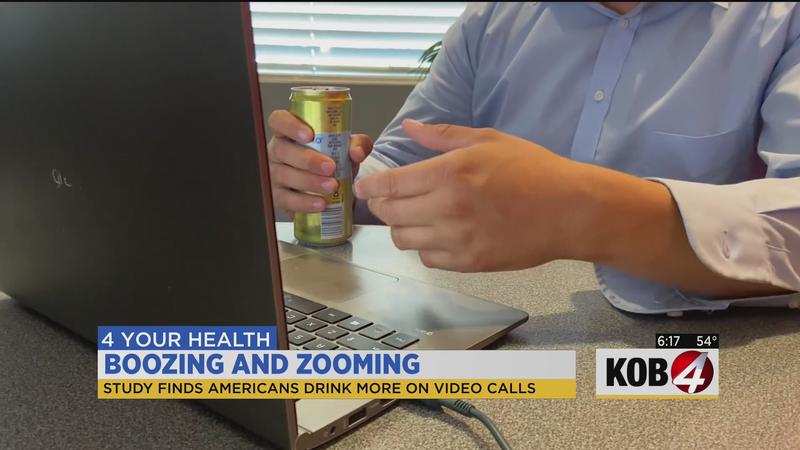 The other problem is that some people aren’t able to stop. Dr. Romo said alcohol abuse can also be when a person becomes upset when someone points out their drinking habit, if they start drinking earlier in the day and if they keep missing plans with family or friends.

Another concern for Dr. Romo is why people are choosing virtual drinking over drinking in person. The AAC said two-thirds of Americans think the biggest perk to drinking virtually is that it’s safer than going out. However, it’s not without risk.

"You’re going to lower your immune system, which is your primary defense against infections, including COVID," Dr. Romo said.