ALBUQUERQUE, N.M. — The Land of Enchantment is living up to its nickname.

A study from Kindness.org ranked New Mexico the second kindest state in the country.

Dr. Oliver Scott Curry is the research director for the nonprofit. He said the study’s questionnaire included questions asking, "would you transfer your vacation time to a colleague?" or, "would you lend money to a friend in a financial crisis?"

The questionnaire showed that 53 percent of more than 5,000 Americans would give away vacation time, 72 percent would lend money to a friend, and 86 percent would donate part of their liver to a family member.

"Overall, we were suprised by how kind America was," Dr. Curry said. "Most other studies have shown that people in general, including Americans, score about 50 percent in questionnaires like these. But we found all states scoring in the seventies." 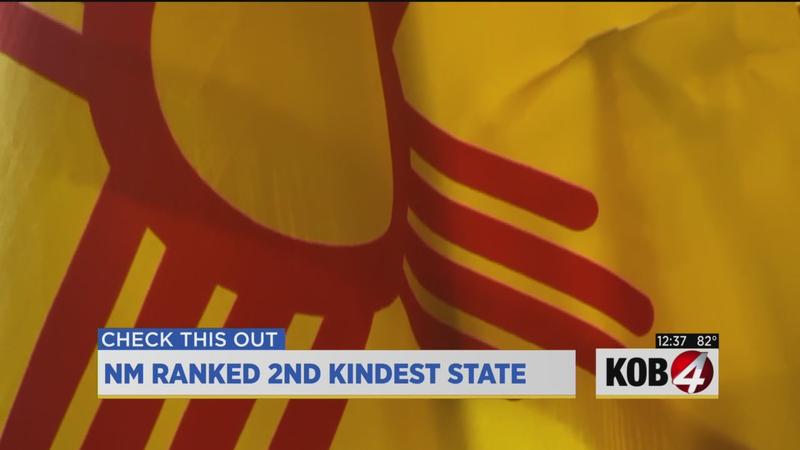 New Mexico ranked higher than Oklahoma, Georgia and North Dakota, but Kentucky was the state ranked number one.