Summerfest returns to half of Nob Hill

ALBUQUERQUE, N.M. – As summer comes to a close, Summerfest in Nob Hill was absolutely packed with people wanting to enjoy the food, music and fun. However, there were some changes this year and that created frustration for businesses.

“Some people are upset that they are calling this Nob Hill Summerfest when it’s really half of Nob Hill,” said Robert Steinberg, owner of Stone Mountain Bead Gallery.

Steinberg said he thinks the change was made because the event was set up in such a short amount of time.

"Typically I’ll do a thousand dollars more on a Summerfest than I would on a typical day, it’s a little grim, there’s nobody here,” he said.

Carlos Vargas, owner of Avengers Vintage, said Saturday is one of their busiest days, but noticed all of his foot traffic has gone toward the festival. 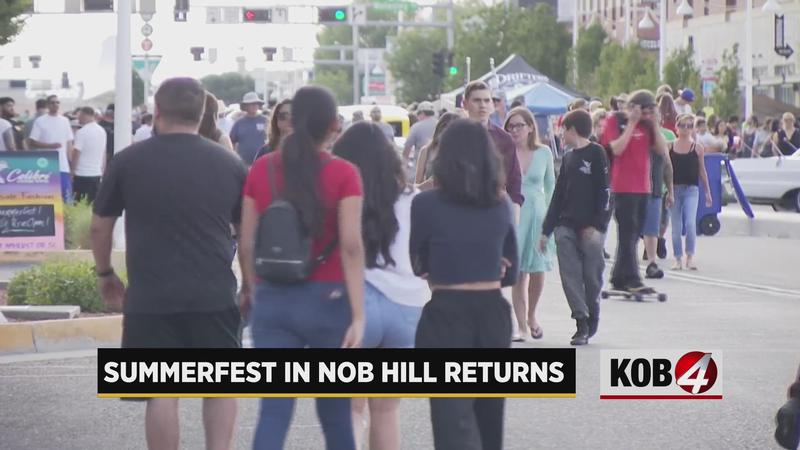 "It does kind of make us feel a little bit left out that we are not more included in that event," he said.

Steinberg said he thinks the change was made because the event was set up in such a short amount of time, KOB 4 has not been able to confirm that with city officials.

There will be one last Summerfest event next Saturday at Ventana Ranch community park. Unless restrictive guidelines are released by either the CDC, the state or city, the event will go on despite the increase in cases.

“We needed to bring it back because we need to get people out into the streets and have fun, we love seeing all the people and walking around and looking at the vendors," said Phil Chavez, Summerfest attendee.