ALBUQUERQUE, N.M. – New Mexico’s legislative session has come and gone, and the last-minute crime bill – a "Frankenstein" package of various proposals that died during the session – was officially signed into law by Gov. Michelle Lujan Grisham Wednesday.

"The package that she signed is not – it’s not good enough,” said Sally Sanchez, co-founder of the New Mexico Crusaders for Justice. “We need more."

The Crusaders are a support group for families who have lost loved ones to violent crime. Together, they are calling on the governor to hold a special session.

Sanchez told KOB 4 the families of violent crime victims are disappointed and frustrated because the state only gets one shot at the beginning of each year to add or strengthen crime laws. She said New Mexicans cannot afford to wait until next year’s session for these changes. People’s lives are depending on them.

"We need the bill reform amended, we need the Arnold tool removed, there’s just so much more that needs to happen to protect the citizens of this state," she said.

Sanchez helped start the New Mexico Crusaders for Justice, after her son was shot and killed, just one week before his 33rd birthday.

"He was taken from me on December 16, 2020 by repeat offenders who are out there, probably still committing more crimes," she said.

Sanchez added that in many cases, state crime laws protect the criminals, leaving little-to-no justice for violent crime victims and their families.

"The police are out there doing their job,” she said. “They’re arresting the criminals, and they get thrown in jail. Then, the next day, they’re back out on the streets.

Before the legislative session, the Crusaders met with the governor, hoping to put a stop to the so-called revolving door and hold criminals accountable for their actions.

"I asked her about the crime bills that are going to be presented,” Sanchez said. “I asked her, ‘Is cannabis more important to the State of New Mexico than the lives? Will you hold a special session?’ And she told us, ‘Yes.’”

“I want her to stand up to her word,” Sanchez added.

The crusaders are holding a protest Friday at 4 p.m. in downtown Albuquerque.

"Bring pictures of your loved ones, make signs, just come out and support us, and let’s call the governor out—let’s call the 112 legislators out," Sanchez said. "It’s not a Democratic or Republican thing anymore. This—these are lives, human lives, and that has to mean something." 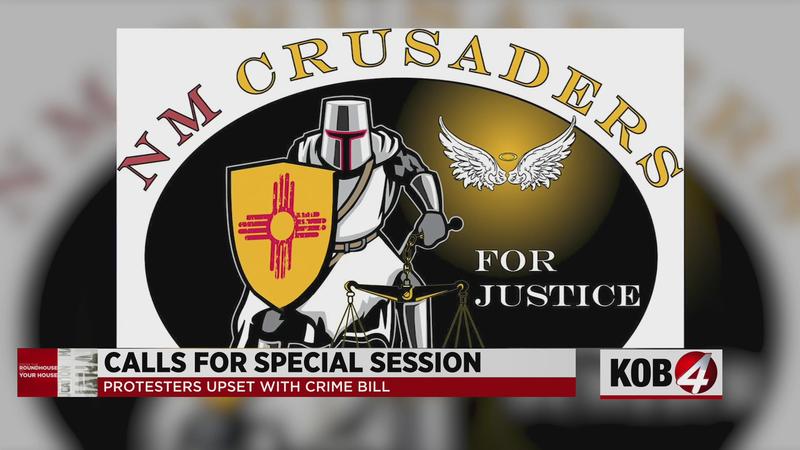