FARMINGTON N.M. – Last week, a Farmington woman was facing a tough decision between shelter and her pets.

“I need to give up my animals to be helped, I don’t know about that,” she said.

She was frustrated after becoming homeless, seeking help from a shelter, and being told that she had to surrender her long-time pets due to a no pet policy.

She chose to live in her car. But now, she and her pets have a roof over their heads – temporarily.

They are staying at a hotel, paid for by a stranger. She said that after KOB 4’s first report aired, support started pouring in. 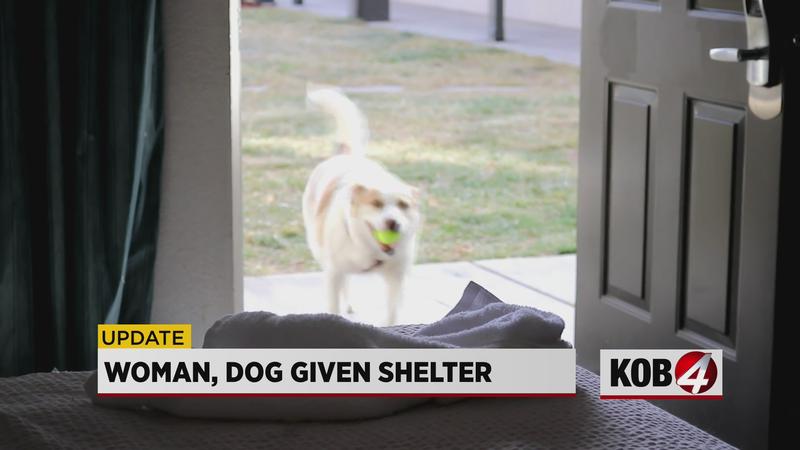 “People from all around the world are reaching out all over the United States. I had one gentleman pay for my room for a week,“ the woman said. She did not want to be on camera or identified.

People have even donated food for her pets.

“I actually got money through my Cash app so I got supplies like a brush, shampoo for my dog, catnip, cat toys. I did get some personal items because I was completely out, and stuff like shampoo, just limited amount of stuff, just for now,“ she said.

The state’s Emergency Rental Assistance program also reached out. They will now help with her living situation. Like a lot of businesses, her food business took a hit because of the pandemic. Her goal is to get back on her feet. and continue her business. Now, she says she’s relieved and, above all, thankful.