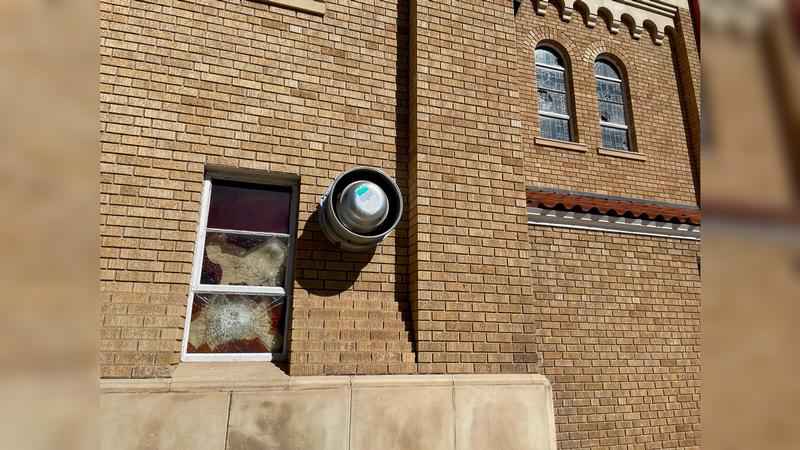 ALBUQUERQUE, N.M. – A man was arrested early Monday for vandalizing stained glass windows at a Catholic church in northwest Albuquerque.

Police say the vandalism took place around 2 a.m. Monday at the St. Therese of the Infant Jesus Catholic Church’s Shrine of the Little Flower.

A janitor inside the church reported multiple gunshot-like sounds to 911. The janitor went outside to try and deter the male suspect, who was found throwing objects at the windows on the south side of the church. Two officers arrived and detained the man after he disregarded their commands.

The suspect identified himself as Jet Doe, 31. However, authorities were unable to confirm the identity.

According to the criminal complaint, Doe told police he broke the windows after his girlfriend told him there were dead bodies and meth labs inside the church. Doe did not go into any further detail about the incident.

The janitor advised officers to press charges against Doe. Doe was booked and charged with three counts of criminal damage over $1000, concealing identity and resisting and refusing to obey an officer.

The janitor estimated there was around $20,000 in damage done to the church.

The artistic windows are a part of a collection of 34 stained-glass windows fabricated in France in 1954, ahead of the church’s Dec. 1955 opening. The church was recognized with a New Mexico highway marker for its artistic, architectural and religious significance.

Some of the church’s clay roofing tiles were also reportedly damaged.