Patrick Saavedra was arrested at his home, around 7:40 a.m. Friday, hours after the homicide occurred.

According to APD, Saavedra is accused of threatening Albuquerque Metro Security guards with a gun at around midnight in the area of First Street and Gold Avenue SW. A male bystander walked up to Saavedra’s white truck and told him to leave the officers alone. That is when police say Saavedra allegedly shot the man in the chest and fled the scene in his truck thereafter.

Officers responded to the scene just after midnight and found the man. He was taken to the hospital where he was pronounced dead.

Saavedra was booked into MDC on an open count of murder and aggravated assault with a deadly weapon. 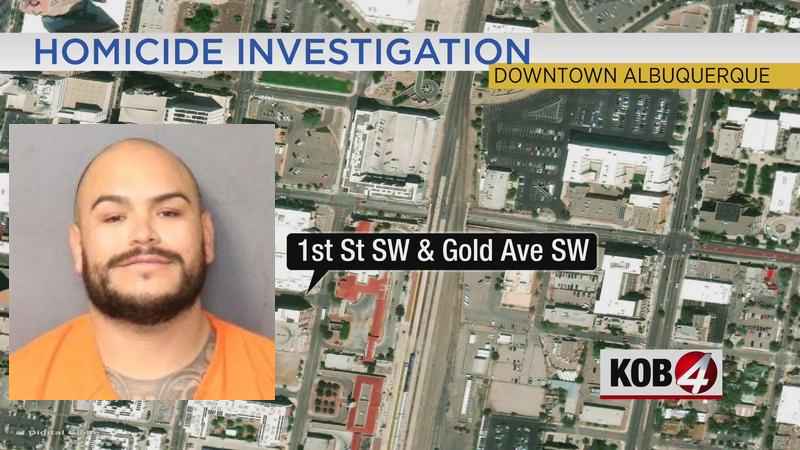 By KOB 4’s count, this is the 107th homicide under investigation by APD this year. That homicide total does not include a state police investigation into a double homicide or BCSO investigations at Albuquerque addresses.