Officers in the Valley Area Command were dispatched to a vandalism call at the main station around 1 a.m. Wednesday. When they arrived, they found inappropriate words written in red spray paint all over the building’s south stairs, as well as the walls and outdoor benches and planters.

According to the criminal complaint, Otte was the only person discovered at the scene. She told an officer she was in the area when the incident occurred, alleging a man spray-painted the messages that she stated she agreed with. 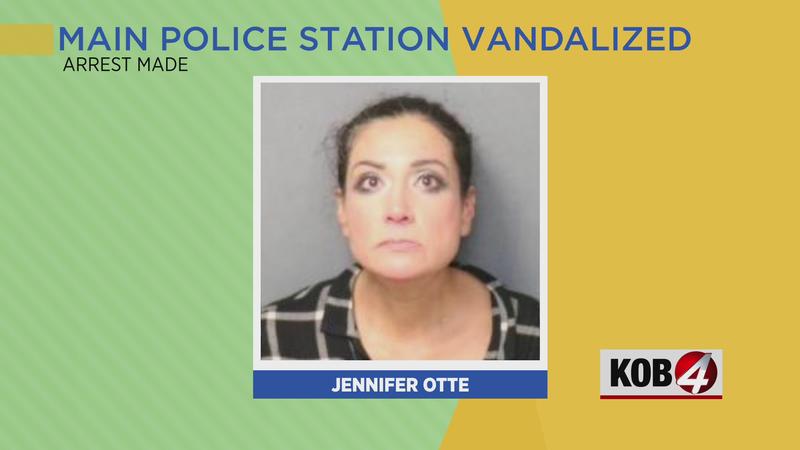 Otte was booked into MDC on felony criminal damage charges. It is believed she acted alone.

Crews worked to clear the graffiti Wednesday morning and had it cleaned up by 7:30 a.m.

Otte was also charged with vandalism in 2016 after allegedly damaging officer Daniel Webster’s memorial. The charges were dropped in 2017 when prosecutors could not find the main witnesses. However, prosecutors noted she had competency issues.