ALBUQUERQUE, N.M. – The man accused of causing a crash that injured children two months ago was at his first court appearance Saturday morning.

Police say Mario Perez was racing and rammed into an Albuquerque school bus full of kids, flipping it on its side. There were more than 20 students on the bus during the crash. Nine were taken to the hospital and two had broken bones.

Perez made his first court appearance with braces on both his legs and in a wheelchair – injuries he received that day during the crash.

Police say Perez was racing against another car on Gibson going as fast as 110 mph when he reportedly crashed into the bus, knocking it on it’s side. Two students were severely hurt, including 13-year-old Lyla Maldanado who suffered a pelvic fracture and needed surgery. Her family told KOB 4 Saturday that the surgery went well, but when we spoke with her grandparents shortly after the crash, they worried about long term mental health impact.

"These kids are going to go through this trauma for a while because every time they get on the bus they’re going to remember what happened. It’s something that stays with them for a while," said Alfred Lucero, Lyla’s grandparent.

Perez is charged with two counts of great bodily harm by motor vehicle. On Saturday, the judge said his case is moving to district court, where a judge will decide if he will remain behind bars until his trial. That hearing will take place in the next 10 days.

In the meantime, Perez remains in custody. 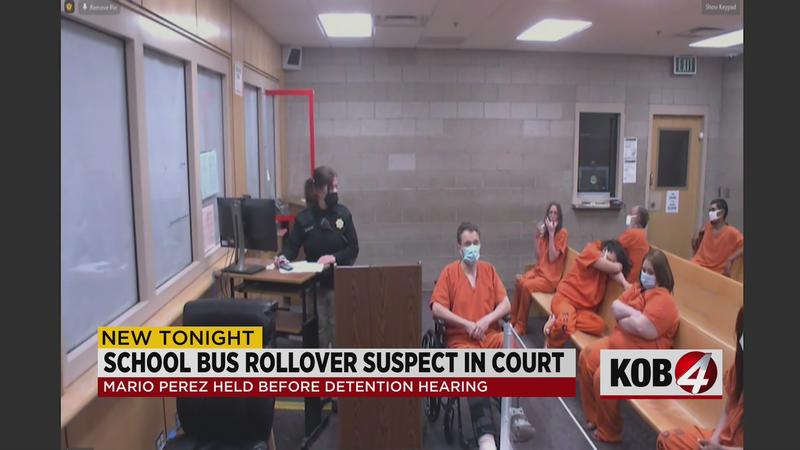