Suspect in custody after SWAT standoff in NE Albuquerque

Officers were dispatched to 1913 Alvarado Dr. NE, around 2 a.m. Tuesday, where they found a victim who alleged someone inside their apartment threatened them with a knife.

According to APD, the knifeman barricaded themselves inside and refused to come out or comply with officers’ requests – prompting a callout to the SWAT team.

SWAT officers held serve at the scene and eventually used two flashbangs in the apartment building. A person walked out of the apartment shortly afterward and was taken into custody. 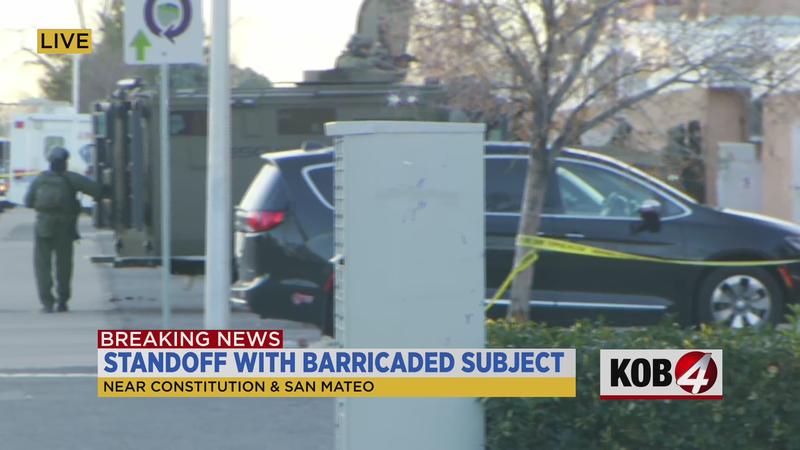 An investigation is still ongoing.

This is a developing story. Stay with KOB.com and KOB Eyewitness News 4 for updates