According to police, Trejo shot and killed 16-year-old Andrew Burson just outside of the school’s campus. Police believe Trejo may have stolen Burson’s gun. Burson tried to get it back, but instead, Trejo allegedly shot him.

"My family is here, they’re frightened," said Al Burson, one of Andrew’s family members. "Right now, they’re shocked, disturbed, and I think Marco could be at risk for retribution as Ms. McKenney has stated."

Prosecutor Bridget McKenney asked the judge to keep Trejo in the detention center ahead of trial, saying he was too dangerous to release into the community. Trejo’s attorney did not challenge that.

A probation officer who interviewed Trejo and his grandparents also spoke at the hearing, but ultimately also determined he should stay in custody. 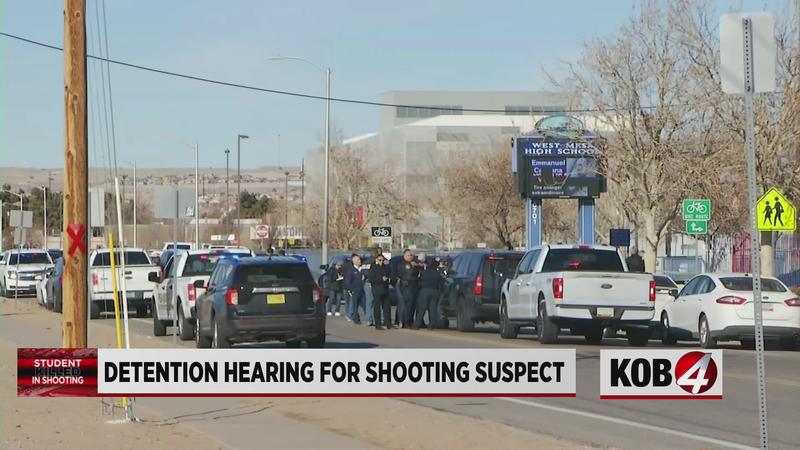 "She reported the charges do not represent the Marco that she knows," the probation officer said. "She stated he is a respectful, good grandson. He is helpful around the house. We are requesting a hold. We do believe he is a danger to himself and others."

The judge granted that motion, but his attorney did mention he will be coming up with a plan related to a possible release. Trejo’s next hearing is scheduled for April.