Suspect in double homicide will remain in jail until trial

Prosecutors had filed a motion to keep 20-year-old Perez locked up.

"This is unjustifiable, it is dangerous and even better your honor this is disgusting behavior. There are two families now who have lost their loved ones because the defendant purposely shot them in the head,” said Emilie Edmonds, prosecutor.

Perez is accused of shooting and killing 22-year-old Anthony Vigil and 16-year-old Ali Assad in a car on Coors in April.

Perez’s defense attorney asked the judge to release him.

"He would be living with his family at this point. He has a mom who is a very responsible person who would take him in, keep an eye on him and help monitor his conduct,” said Cherylinn Gunning, defense attorney.

After hearing both sides, District Judge Clara Moran granted the motion, agreeing with the prosecutor that Perez would be a danger to the community if released.

"And I also find that the court is unable to fashion conditions of release that would adequately protect the public at this time, as such the defendant will be detained, and he will be held pending resolution of this case,” said Moran. 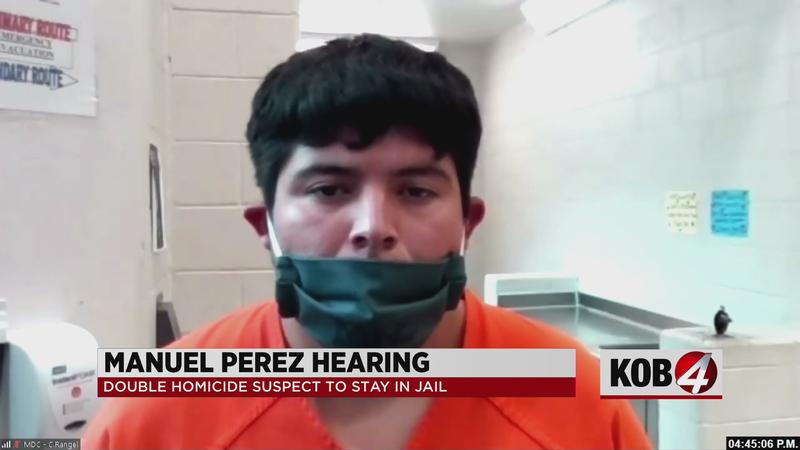