ALBUQUERQUE, N.M. — An older man with a cane was gunned down after a fender bender in southeast Albuquerque. It took police almost a year, but they have arrested a man they say was caught on camera pulling the trigger.

The criminal complaint shows – almost a year later – an investigator was assigned to follow up on the homicide. A Crime Stoppers tip led police to Gallegos’ house in Bernalillo, where he admitted to shooting Gurrea, after Gurrea called Gallegos a ‘punk’ and refused to turn over his information.

Prosecutors argued Gallegos is too dangerous to be released from jail. However, Gallegos’ defense pointed out his lack of violent criminal history – and that the court’s own assessment suggested Gallegos should be released.

Judge Brett Loveless pointed to a long history of Gallegos failing to appear before the court for lesser offenses, and ultimately ruled that he will stay locked up until his trial. 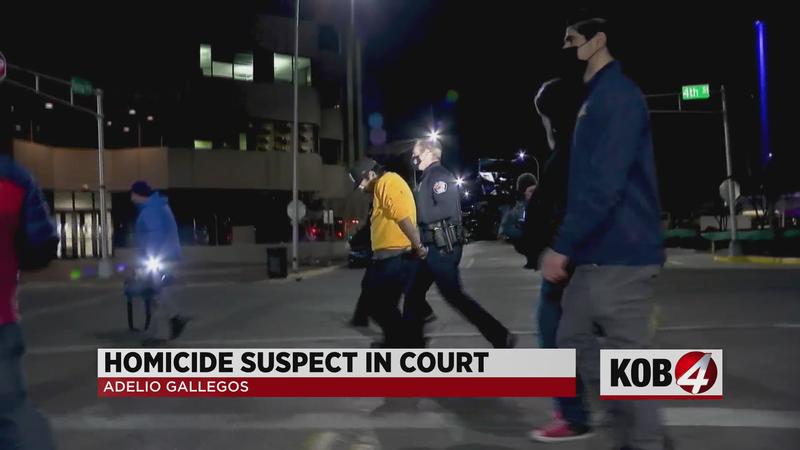 "So the court will grant the motion," Loveless said. "The defendant will be held without bond."