Kim Jew is pleased that one of the people allegedly responsible for breaking into the studio is off the streets.

However, Gray, very likely, could be released from jail.

Gray refused to show up during his first felony appearance. 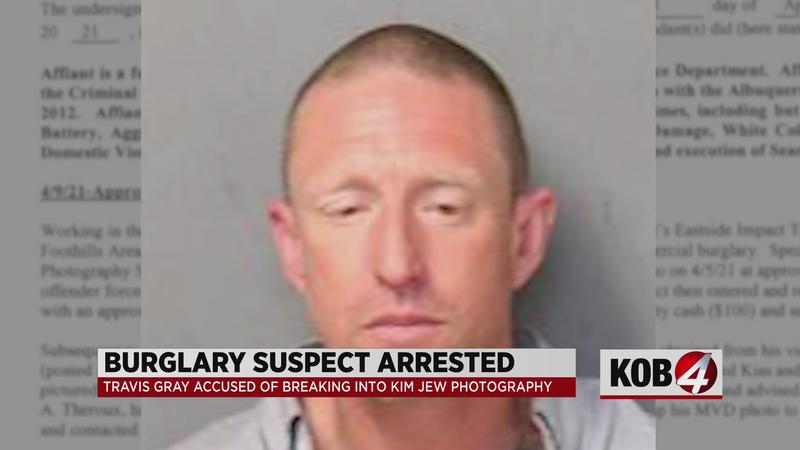 Police arrested him for trespassing in an arroyo – and police records show he had meth on him.

Gray has a long list of property crimes, DWIs and other drug-related offenses.

Jew is would like for Gray to get help, but he is not hopeful.

"He does need help. There’s no question about it. I wish there was some help, but I sincerely doubt it," Jew said.

A judge will decide whether he is held in jail on Thursday.