Suspect in massage spa homicide will stay behind bars until trial

ALBUQUERQUE, N.M. – Two suspects in the massage parlor killings have been arrested. One of them, Juan Carlos Hernandez, faced a judge Monday.

Prosecutors argued to hold Hernandez in jail until trial.

Hernandez, along with Jorge Rivera-Ramirez, are charged with the murder of Sihui Fang. Prosecutors say it started as a violent robbery at Wonderful Massage on Menaul Boulevard.

“When the victim attempted to run out of the front door, they dragged her back into this business, by her hair,” said Shonetta Estrada, prosecutor.

“She is shot all over her body, and dies as a result of her injuries,” said Estrada.

Rivera-Ramirez was reportedly hurt during the ensuing shoot-out and called 911. Hernandez had fled from the business before officers arrived. Prosecutors argued no one is safe.

“This could be anybody, there’s no rhyme or reason, this isn’t a person they have a background with, this isn’t something GPS can fix,” Estrada said.

The defense argued that Hernandez has no prior criminal history.

“He has nothing, he has a traffic ticket, he has nothing else, he is very young,” said the defense.

His attorney also tried to cast doubt on the case — saying statements from co-defendant Rivera-Ramirez couldn’t be trusted.

“The co-defendant basically tries to throw my client under the bus first and then has to backtrack on his story — so he’s not credible.”

And pointing out that just last week — there was another robbery and killing at a massage business.

“That could not have been my client because my client’s been at MDC all this time.”

A possible suspect in that case was caught on camera, and police are trying to figure out who it is.

In the end, Judge Stan Whitaker sided with prosecutors and ordered Hernandez held in jail.

Hernandez is set to be arraigned before a grand jury on Friday. 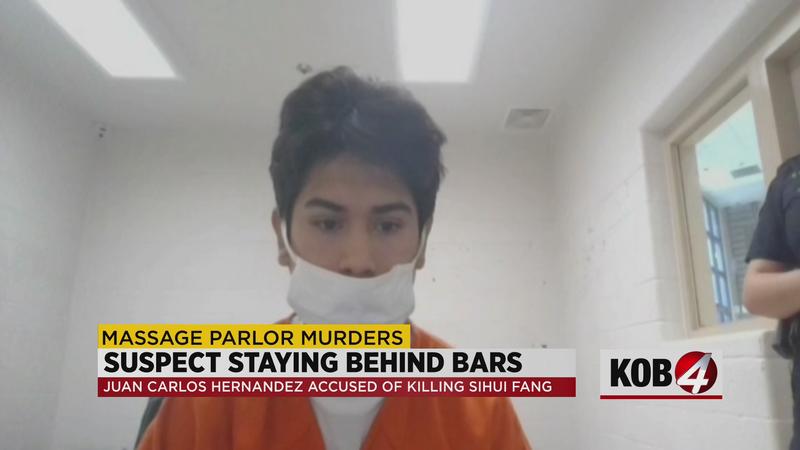