ALBUQUERQUE, N.M. – It’s been more than thirty years since Stella Gonzales was shot and killed while walking along Central in Albuquerque. Justice could finally be coming to the case.

“I would ask that the court find that the defendant is dangerous,” said the prosecutor.

He’s charged with the murder of Stella Gonzales in 1988 and has a history of arrests going back to 1990.

“The lengthy criminal history, and virtually all of his felony history is violent,” the prosecutor said.

On top of it all, police say Apodaca confessed to a series of murders and other violent crimes.

“He did admit to three murders, the shooting of a woman who did not die, and several CSP cases.”

Apodaca is also charged with the 1988 stabbing death of Althea Oakley, and he allegedly confessed to murdering Kaitlyn Arquette in 1989 but he has not been charged in that case yet.

Apodaca’s defense argued his confession can’t be trusted. They say he was drunk, and has a history of mental health issues.

“So when we start at this alleged confession, this initial statement that forms the entire basis of this investigation, there is serious mitigating factors,” said Nicholas Hart defense attorney.

They say he pays attention to the news, and the details he did provide to investigators are not unique.

On top of that, they say in 30 years of investigation, Apodaca never came up as a potential suspect.

“It’s highly questionable whether any of this points to Paul Apodaca,” Hart said.

But Judge Britt Baca-Miller ultimately decided Apodaca is a danger to the community.

“It certainly is a crime of violence however, this is a very old case, I think things have changed. However, one of the things that has changed is, Mr. Apodaca has become less stable and has more of a criminal history than he would have at the time of the incident,” said Baca-Miller. 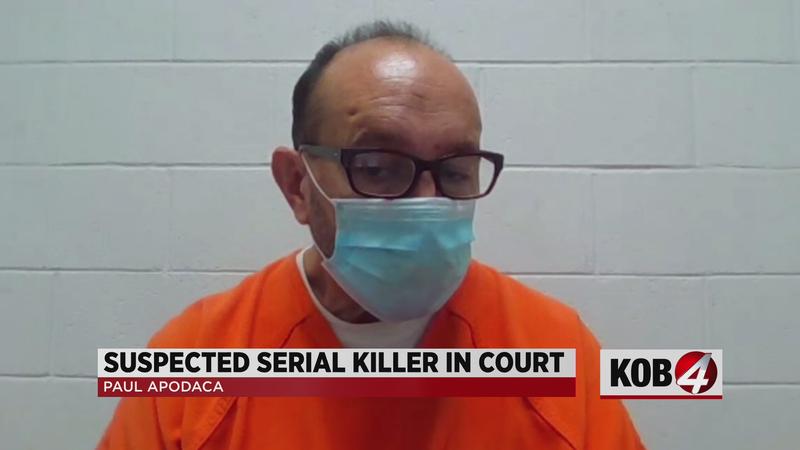