Authorities said they are investigating two scenes – one on Highway 314 just south of Isleta and another along Highway 6 near Los Lunas.

According to New Mexico State Police, Valencia County deputies were dispatched to Highway 6 around mile marker 19 for a suspicious vehicle. When deputies arrived, they found a Honda Civic.

"At some point during the encounter, a male suspect fired at the deputy who was struck by gunfire," said NMSP officer Ray Wilson. "The suspect then fled the area in a white Dodge pickup."

Additional Valencia County deputies quickly found the pickup and began pursuing the suspect through Los Lunas. State police heard the radio traffic and assisted in the pursuit. The suspect’s vehicle turned onto Highway 314, and then crashed near the railroad tracks near Davila Road. 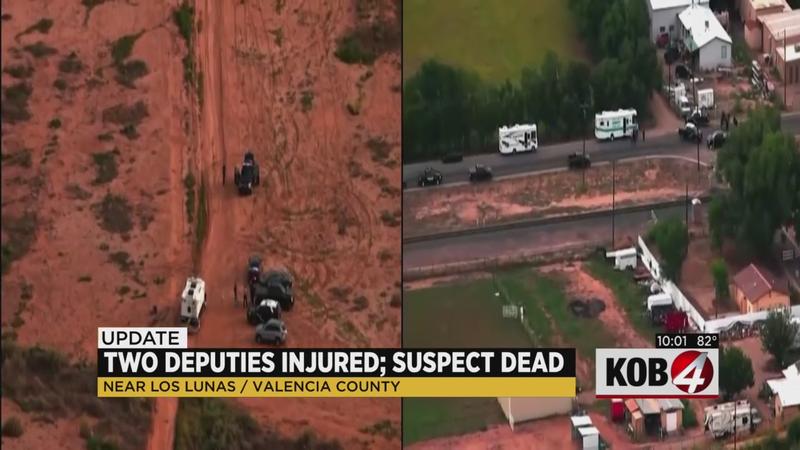 Authorities said the names of those involved will not be released at this time. The investigation is ongoing.

"I don’t know how they do that – I’m not smart enough, I’m not a lawyer – on how they get that accomplished, but I hope they do, and I know the vast majority of the citizens in the state hope they figure that out too, because they’re tired of this as well," Johnson said.

Authorities said there was also a female suspect who ran away following the chase. State police said she was detained, but there’s no decision on charges at this time.