ALBUQUERQUE, N.M. – A suspect is dead after a shootout with deputies in the South Valley.

According to BCSO Sheriff Manny Gonzales, deputies responded around 7:10 a.m. to a call about suspicious activity in the area of 200 Saavedra Road SW.

"When our deputies arrived on the scene they were rammed by the people that they came in contact with, with their vehicles," Gonzales said. That’s when the pursuit started.

The pursuit ended about a mile away at Arenal and Lopez Road SW, where gunfire was exchanged between the suspect and several deputies. Around 10:42 a.m. Friday, BCSO said the suspect was deceased.

The suspect was not identified and all deputies are reported to be safe with no injuries. 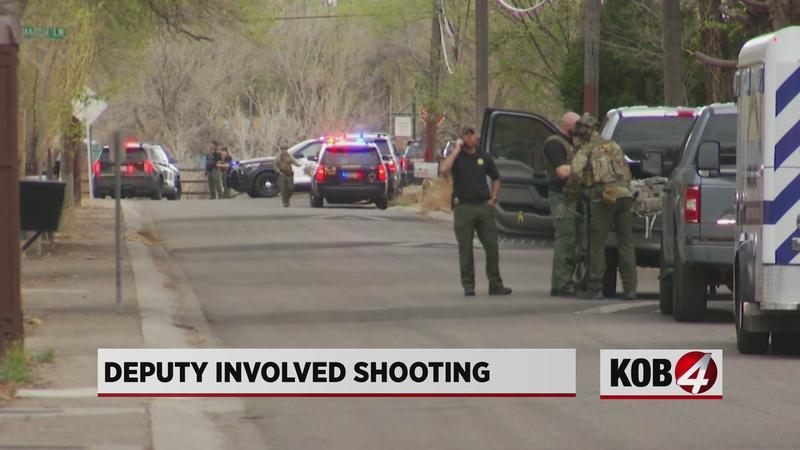 This is the second time Bernalilo County deputies were shot at this week. On Tuesday, deputies arrested two women after they allegedly opened fire on deputies in the South Valley. Gonzales said it’s a troubling trend.

"It just seems like it’s becoming more frequent," Gonzales said. "It’s happening in the metro area. It seems like it’s starting to spread into the county, and it concerns all of us. More than anything, we’re concerned for the citizens."