ALBUQUERQUE, N.M. – The families of three young women killed in the late ’80s may be closer to getting justice.

All three cases were cold for decades. But in six months, police say there’s been a major breakthrough.

Let’s walk through them:

First, in June 1988, 21-year-old Althea Oakley was stabbed to death as she was leaving a party on UNM campus.

Just a few months later, Stella Gonzales was shot and killed while walking along Central near Tingley.

The following year, Kaitlyn Arquette was shot and killed while driving on Lomas.

Now, months after that initial confession – he’s finally been indicted for all three murders.

Here’s how we got to this point:

Apodaca was arrested in July 2021 by UNM police on a probation violation. Police say while in custody, he admitted to killing Oakley, Gonzales and Arquette – and admitted to raping multiple women in the metro.

The following month, he was indicted for the murder of Oakley because police had the most evidence for that case.

"We anticipate more charges will come on Mr. Apodaca in a future point but we are working closely with the DA’s office and they will ultimately make that decision of if and when those charges come," said APD Deputy Commander Kyle Hartsock.

And those charges did come. Apodaca was indicted for the murder of Gonzales in December.

Then on Monday, he was indicted for the death of Arquette. Her murder in 1989 drew national attention.

Arquette was the daughter of author Lois Duncan – who published "Who Killed My Daughter" – in hopes of finding Arquette’s killer.

She also hired a private investigator, Pat Caristo, who told KOB 4 last September that Apodaca had been on the radar in connection to the case for a while. Caristo even spoke to Apodaca while he was in jail on a separate arrest.

"He gave no hesitation – that he was at that scene. He was, again, pleasant, cooperative. There were two times when he wasn’t. And one when I asked him who was with him – ‘What do you mean somebody was with me, who said somebody was with me? Nobody was with me!’" said Caristo. "And the other was – ‘How did you find me?’ They were interesting words to me, like you weren’t supposed to find me."

Apodaca will be back in court for a detention hearing related to charges in the death of Arquette on Friday. He’s already being held in jail on charges relating to the deaths of Oakley and Gonzales. 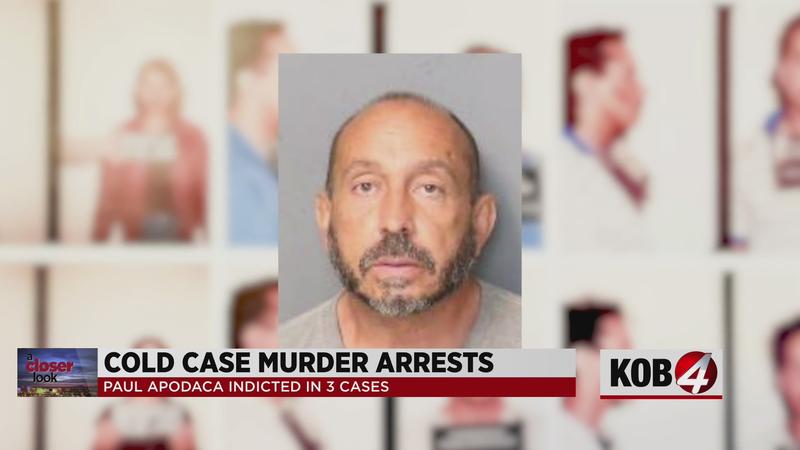