ALBUQUERQUE, N.M. – People hear about problems with street racing in the community, but now we’re seeing just how dangerous it can be.

Bernalillo County deputies were patrolling and captured video of cars doing donuts at the intersection of University and Indian School Saturday night. Deputies arrested two people involved, and both of those suspects were in court for the first time Monday.

“Would you keep eyes on that one? It seems to be one of our ring leaders.”

BCSO’s helicopter not only recorded all of it happening, but they actually followed the suspect’s vehicle to an apartment complex. Shortly after the group broke up, the Mustang took off, fleeing from deputies.

According to court documents, it nearly hit multiple other cars, including a BCSO deputy. The helicopter tracked it down, providing descriptions to deputies on the ground.

Deputies arrested the alleged driver, Nicholas Mahmoudi and a female passenger, Odalys Pena. They were both in court Monday.

Prosecutors filed a motion to keep Mahmoudi behind bars before trial, Mahmoudi shook his head at the news.

“Until that hearing occurs, sir, I am going to be holding you without bond,” said the judge.

And his passenger was called up next. An attorney questioned the charges against her.

“It looks like the allegations were that Ms. Pena was the passenger in a vehicle that fled a traffic stop, and she’s charged with conspiracy to commit aggravated fleeing. I did not see anything in the criminal complaint that I think could responsibly be considered evidence of a conspiracy,” said the attorney.

But a judge disagreed. Pena will be released, but with requirements.

“I think the facts are concerning enough that the court will be placing Ms. Pena on pretrial services supervision,” the judge said.

BCSO says they’ve been doing these types of patrols almost every weekend.

On a Saturday in late April, one deputy issued seven summons –after a similar street racing incident along Tramway Boulevard and Cedar Hill Road. The department plans to hold everyone involved responsible– from drivers to passengers, even spectators. 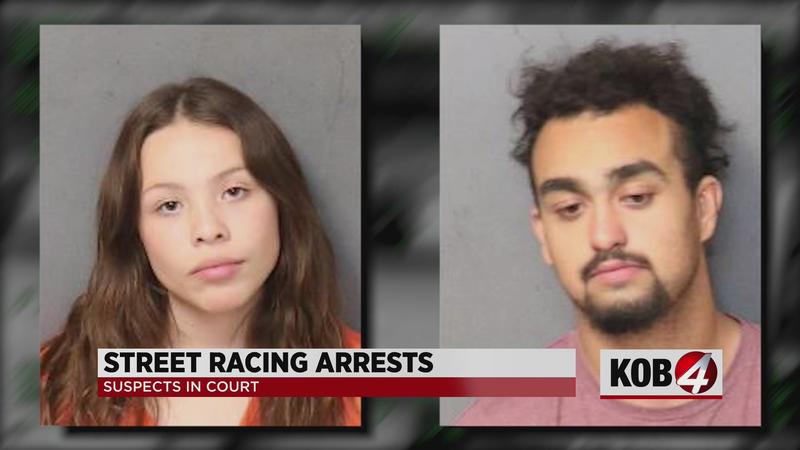