Teen charged in deadly DWI crash will be held until trial

ALBUQUERQUE, N.M. — 19-year-old Casino Salazar is accused of speeding and driving drunk, killing an Albuquerque father and husband. A judge decided Wednesday that Salazar will stay behind bars until trial.

Police said Salazar was driving nearly 100 mph on Montgomery near Morris while drunk when he ran a red light and crashed into another car. That crash happened just four days after Salazar was arrested for a separate, DWI-related crash in Roswell.

Salazar appeared in court Wednesday, wearing an orange jumpsuit with his crutches nearby. He was released from the hospital last week.

The defense argued that Salazar is still young and blamed his alcohol abuse as the key factor. As for the prosecution, they said Salazar deliberately broke his conditions of release from his previous DWI arrest.

Salazar was previously told he could not drive, drink alcohol, possess firearms, or leave Chaves County. 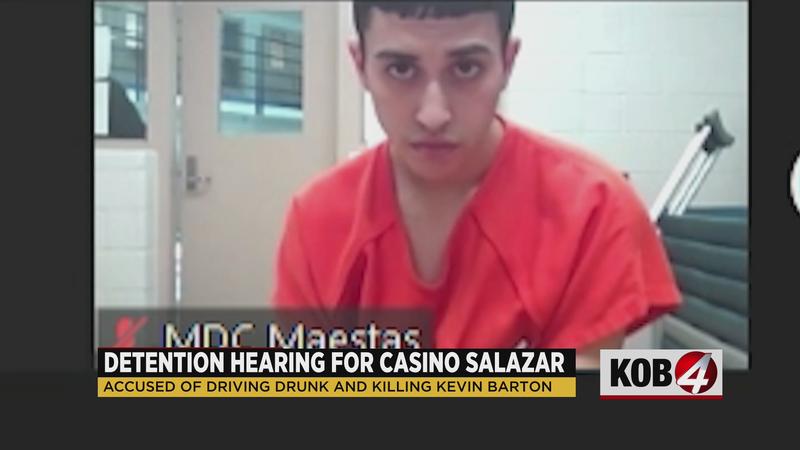 Salazar will continue to be held without bond. As for his previous case, there is a warrant out because he violated his conditions of release.