ALBUQUERQUE, N.M. — KOB 4 is learning more about a bizarre homicide that turned into a kidnapping.

Family members said 21-year-old Esteban Mercado was killed on the mesa near Route 66 Casino last weekend. After he was shot, his sister was kidnapped. His sister, a teenager, said two men approached them while they were shooting guns on the mesa.

Alejandra Mercado said those two men killed her brother and took her with them. She said she was able to escape but those two men are still out there.

“I want people to know how happy, and what a big heart he had and how giving he was,” said Mercado. “He was always there to help people even when he wasn’t in his best moments.”

Esteban had just turned 21 in August. He was a father to two little girls and a protective big brother.

“We were really close, all of our siblings,” said Mercado. “He was very protective of me.”

Alejandra said she was with her brother on the evening of Sept. 25, on the mesa, shooting guns. She said two men she’d never seen before approached them trying to sell a gun. They left, but came back when the two were having car trouble. They seemed to help fix it.

“One of them just pulled out a gun and he just shot my brother, four times in his chest,” she said.

The two men left his body there – taking her with them. One in the car they came in, the other in her brother’s car.

“I noticed there was a good amount of traffic as we were pulling up to a turn. So that’s when I just slowly took off my seat belt and I unlocked the door and I just quickly jumped out,” she said.

She flagged down help, but it was too late. She took Bernalillo County Sheriff’s deputies to his body, but he was already dead.

“I feel like the only reason I was able to get away was because of him was because he was already my angel,” she said.

As the investigation gets underway, she said her family is trying to process his death and what comes with it. They’ve started a Gofundme to raise money for funeral expenses and his two little girls.

“We really need the help and we would appreciate it,” Alejandra said.

This is being investigated by the Bernalillo County Sheriff’s office. Officials said they have not made any arrests at this time. 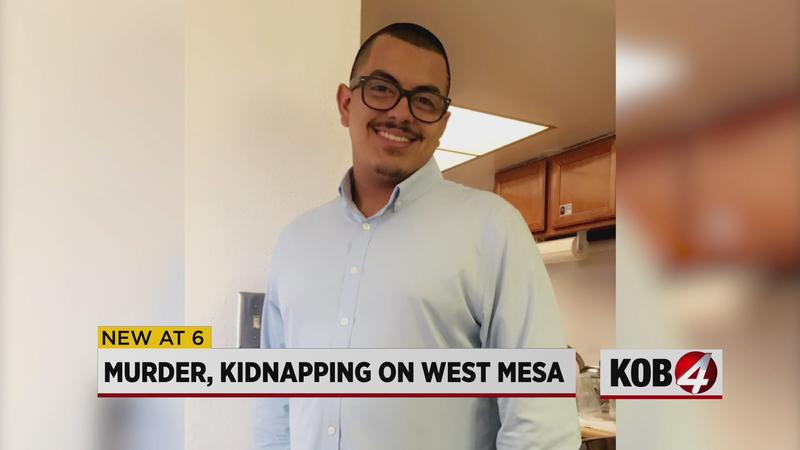