Teen suspect shot by officer on Albuquerque’s West Side

ALBUQUERQUE, N.M. – A local teenager with a warrant out for his arrest is in critical condition after an Albuquerque police officer shot him at an apartment complex Thursday morning.

Albuquerque’s ShotSpotter system notified police of shots fired on the city’s West Side Thursday morning at the Villa Hermosa Apartments. Police said that when officers arrived, they found shell casings outside the apartment complex and found 16-year-old Jesus Lopez, who has a warrant out for his arrest in Sandoval County.

Lopez reportedly locked himself inside one of the apartments. APD Chief Harold Medina said officers were about to call in the SWAT team when a confrontation started.

"The individual chose to open the door and exit the apartment complex and tried to flee the apartment, armed with multiple firearms," Medina said. "At this point in time, we know one officer discharged their firearm, the individual was struck."

Medina said Lopez was shot at least once and was rushed to a local hospital where he had surgery. Police said he is in critical, but stable, condition. 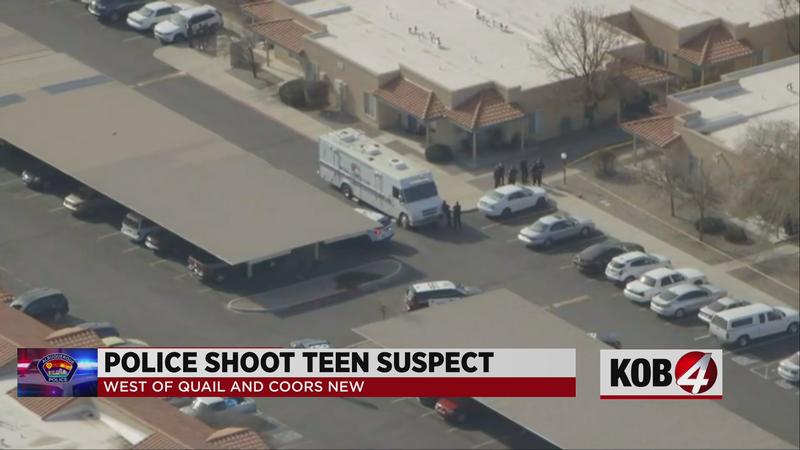 While police said they found multiple weapons on Lopez, Medina said they’re investigating whether Lopez shot at officers or pointed a gun at them. As for the warrant out of Sandoval County, Lopez was wanted for aggravated battery with a deadly weapon against someone in his home.