Teens scratch Tesla and rack up $1,500 in damages

ALBUQUERQUE, N.M. – One Tesla owner noticed a scratch going the length of his car and he was able to check the built-in security cameras to track down the culprits.

When Daniel got home from work last week, he noticed the scratch on his car.

“My first reaction was wait, did I scratch it, I’m not too sure my car notifies me of events that happen throughout the day, so I took a look,” said Daniel.

Daniel said he drives a Model 3 Tesla that has four actively recording cameras, and when he looked back on the footage, he was surprised at what he saw.

“I was frustrated, you work so hard for something then have kids damage it for no apparent reason like I don’t know them, they don’t know me.”

So he posted the video on Facebook and with more than 600 people sharing it- – it didn’t take long for them to ID those responsible.

“At this point in time all three kids have been identified, that’s what the police have told me they are in the process of talking to their parents cause they are juveniles, so the legal process is different,” said Daniel.

He said he doesn’t hold any ill will, he just wants to send a message to others.

“I want other kids to see this and realize it is not worth keying or damaging other people’s possessions,” said Daniel.

After taking his car into the Tesla Service Center, Daniel got an estimate of nearly $1,500 worth of damages. He is working with the families to get this settled. 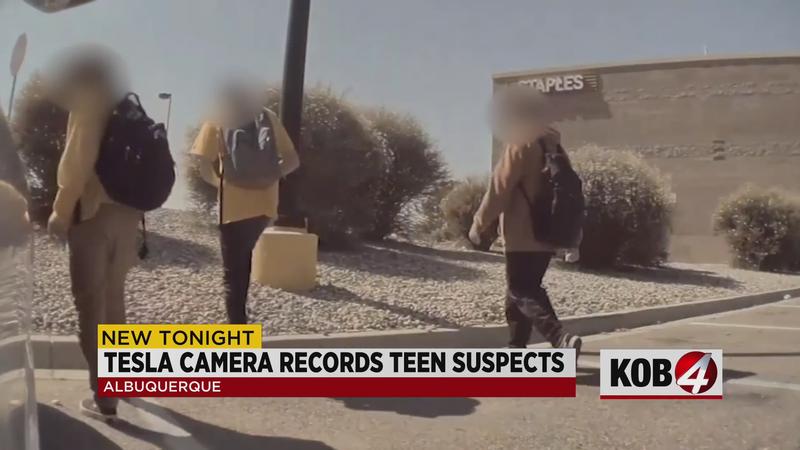