ALBUQUERQUE, N.M.- Backstreet Grill in Old Town was ordered to close after the state said it failed to comply with the state’s public health order, which required people to wear a mask in public.

At a hearing Monday, the state requested to extend a temporary restraining order, which would require the grill to close.

"I want to understand on what basis, given the fact that, as I understand it, the mask mandate has changed since the filing of the petition for temporary restraining order," the judge asked Andrew Knight, attorney for the New Mexico Environment Department.

"The change in the mask mandate only applies to vaccinated, fully vaccinated individuals," Knight responded. "This restaurant has become the center of for the no mask, no vax crowd." 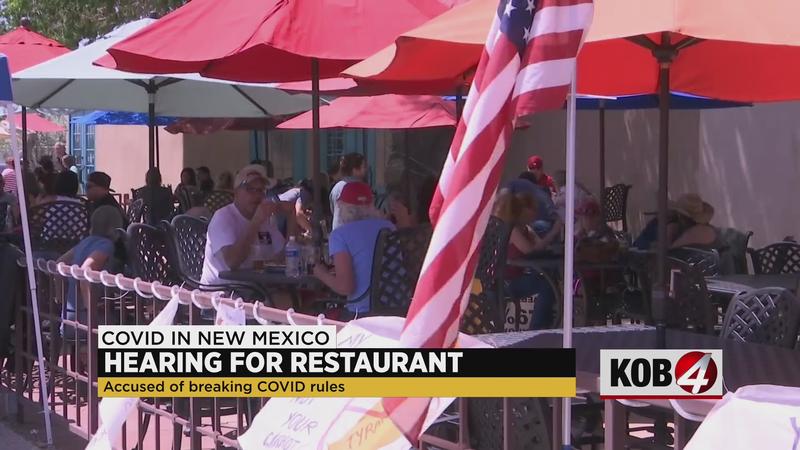 However, she also brought up an issue many business owners and New Mexicans are asking.

"The enforcement of the fully vaccinated issue that you just mentioned, how can that be enforced," she asked Knight.

"You honor, the state, as I understand it, this is a rapidly evolving situation," Knight responded.

The state still plans to fight Backstreet Grill in the courts.

"We will continue to move forward through the court to ensure this establishment is held accountable," said Maddy Hayden, director of communications for the New Mexico Environmental Department.

The restaurant is also facing another problem. The City of Albuquerque suspended its food permit.

Restaurants aren’t supposed to operate without one. The city is still trying to figure out what, if any, course of action it will take.