ALBUQUERQUE, N.M. – A new high-speed internet provider will soon come to Albuquerque with hundreds of jobs. The company is investing $250 million to build a fiber network in the city from the ground up.

A Texas-based company called Vexus Fiber will start construction on a new broadband fiber network in Albuquerque early next year, creating 200 construction jobs over the next three years.

Gleason said the pandemic highlighted the need for fast and reliable internet service as many started working and learning from home.

"In most cases the overall internet in the United States really handled it, but there were many places where there were congested networks and whatnot, and really that’s why we’re here to really build a new network from scratch and also give consumers a really choice in broadband,” said Gleason.

The network should be complete by 2024, but service will be available in some parts of the city starting next year. Vexus said the cost will be similar to what other internet providers charge now. 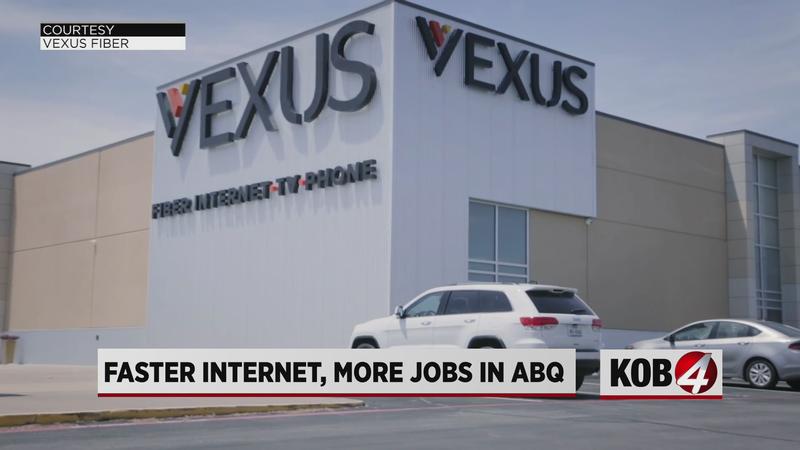