SANTA FE, N.M. – Some insightful evidence in the “Rust” shooting investigation is coming from the cell phones of the people who were near the gun that killed Halyna Hutchins.

Hundreds of pages of documents detail texts messages from the phones of four people:

"I checked and they rattled," said Gutierrez-Reed.

On video, Gutierrez-Reed was seen on her phone in the Santa Fe Sheriff’s interview room is talking to someone about the ammo on set.

"I don’t know – I talked to Sarah and she said she checked the box and some didn’t rattle," said Gutierrez-Reed.

There are a lot of texts on Gutierrez-Reed’s phone to a “Sarah Props New Mexico,” in the messages they reference an incident the other day.

Sarah: “What incident are we talking about – the only incident I know of is my misfire today.”

Then – on Sarah Zachry’s phone – there is a screenshot of an argument that appears to be between Gutierrez-Reed and someone else involved about accidents and mistakes happening, dated Oct.16 almost a week before the shooting.

Also on Sarah Zachry’s phone are texts with Baldwin.

Sarah reached out and says she’s praying for Baldwin. He says she is lovely and kind.

Then, in a later conversation, Baldwin says the sheriff’s department will not tell him that he won’t be charged. Baldwin says they seem to be getting very close to the truth of what happened.

Sarah says that’s an understatement and hopefully they’ll have an answer soon.

Baldwin responds, “I think they know what happened.” And later says, “There are a lot of private investigators working on this case. A lot of expensive ones – and they may get to the truth before the police do. There is too much riding on this for too many people.”

Interestingly, Dave Halls, the assistant director, was very cautious about his electronic communications. The few texts on his phone show he opted to use WhatsApp – and pre-paid phones.

Lastly, we have not seen what’s on Baldwin’s phone. He did turn over his phone – but not until later in the investigation.

The Santa Fe Sheriff’s office Tuesday told KOB 4 they are still waiting on that phone data to come back. 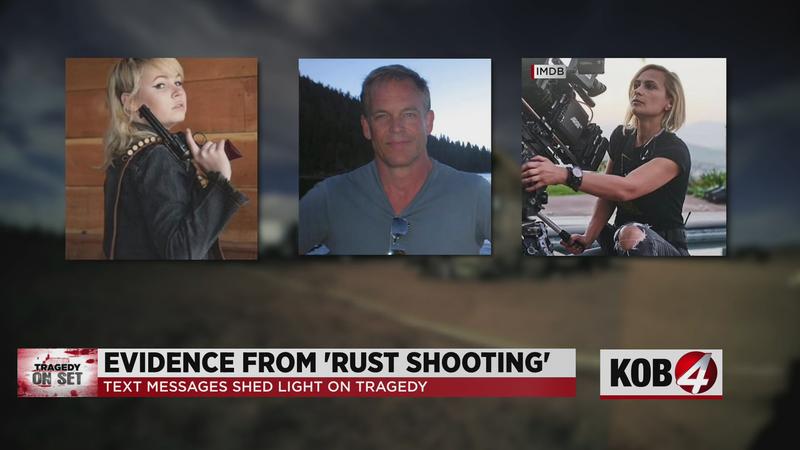