ALBUQUERQUE, N.M. — It’s going to cost a lot more to get out of town for Thanksgiving. According to GasBuddy, prices at the pump are 63% higher than this time last year.

The average New Mexico driver was paying just under $2 per gallon for Thanksgiving last year. Now, the average price is sitting at $3.37.

Patrick De Haan, the head of petroleum analysis for GasBuddy, said all of this boils down to a supply and demand issue.

"Oil demand is up, but oil production has not followed significantly enough to derail the rise of price," he said.

However, he did share some tips to save money:

Despite popular belief, the annual surge in Thanksgiving travelers does not really affect gas prices, because many are also staying home. GasBuddy is also predicting prices will drop in the next two weeks. 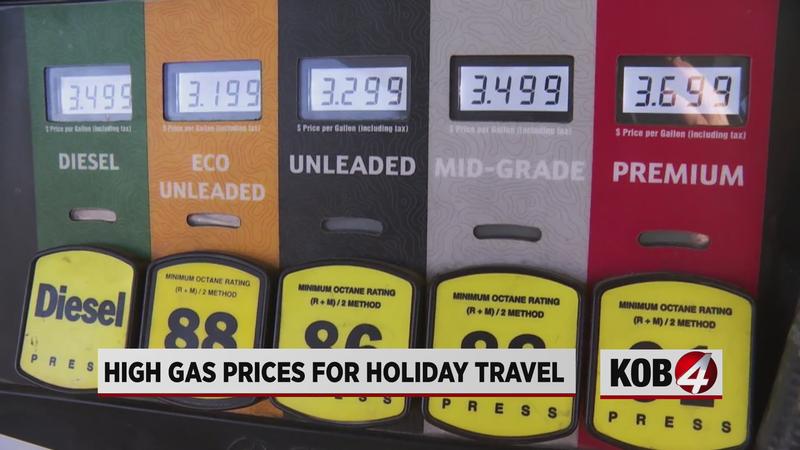