The BREATHE Act becomes hot topic in 1st Congressional District race. What is it?

ALBUQUERQUE, N.M.- Mark Moores, the Republican running to represent New Mexico’s 1st Congressional District in congress, is using Democratic candidate Melanie Stansbury’s support of the BREATHE Act as a political weapon against her.

He mentioned the act repeatedly in KOB’s televised debate.

"Melanie, as we mentioned, you put out a tweet saying congress must pass the BREATHE Act, and I encourage everyone to go to breatheact.org, and ask themselves– is this really the agenda we need in New Mexico. Do we need this in Albuquerque where its one of the most violent cities in the country," Moores said.

The BREATHE Act is a proposed piece of federal legislation, written by activists in the Black Lives Matter movement.

It’s never been introduced into congress, and no votes or debates have taken place on the issue. 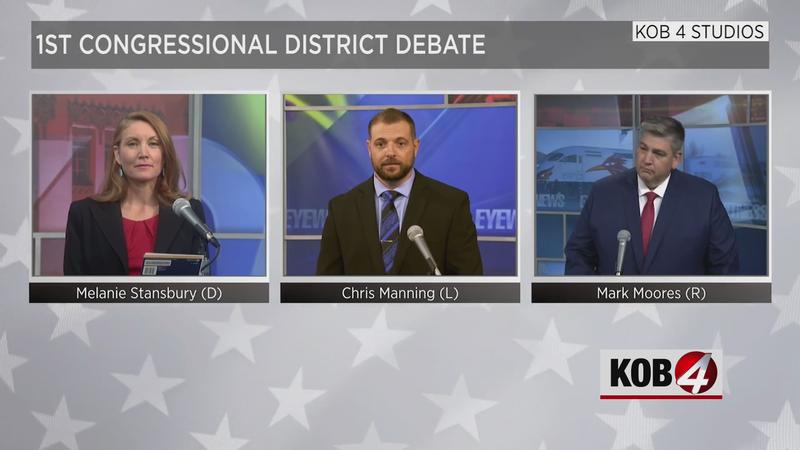 The act is 128 pages long, and calls for major reforms in policing. Some of the highlights include:

When pressed on her support of the BREATHE Act in the KOB 4 debate, Stansbury said she supported police reform.

"In fact, it is critical that we address policing and criminal justice reform issues in this country, but it is also critical that we invest in public safety, which is exactly what I’ve done as a state legislator," she said.

In an emailed statement to KOB 4, Stansbury’s campaign added, "The BREATHE Act is just a proposal, not a piece of legislation. If the final legislation includes sections that she cannot support because they are wrong for New Mexicans, then she’ll look to other solutions. Rep. Stansbury will not stop until we find a solution that embraces our diverse communities and keeps all New Mexicans safe."