ALBUQUERQUE, N.M. — The New Mexico Civil Guard did not get their way in a recent court ruling.

District Attorney Raúl Torrez is seeking, in civil court, a ruling that would ban militia groups to organize and operate in New Mexico. The New Mexico Civil Guard wanted the case thrown out, saying the DA lacks proof. One of their arguments equated what they were doing to breaking up a fight.

However, the court didn’t buy that argument.

"For people who view this only through sort of, a specifically partisan lens, they have to stop and think about what it would mean to them in their community to have somebody – an armed group, that they vehemently disagree with – appointing themselves, walking around the community and claiming to act with that kind of authority," Torrez said. "I don’t think anyone, Republican, Democrat, Independent is comfortable with that kind of framework."

The court did find that eight members of the New Mexico Guard were not present at the Juan de Oñate protest and shooting, so those eight members cannot be tried to impersonating an officer. However, the larger question still remains – does a milita group, that exists outside of the framework of the government, need to adhere to certain specific laws? 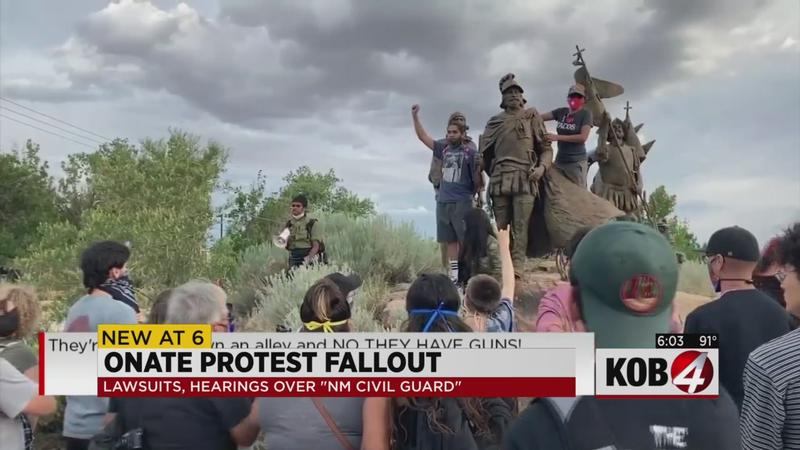 Watch the video above for the full story, including why the NMCG is suing the City of Albuquerque.