ALBUQUERQUE, N.M. — The Lobo basketball teams are back in action this weekend. For the first time in nearly 2 years, the fans will get to be a part of it.

"We have some players that are really excited to show off what they can do in front of the fans that they know that are passionate about them,” said Dave Williams, UNM deputy athletics director.

It’s all part of UNM’s Back to Basketball Weekend.

The men’s team will host a scrimmage Saturday afternoon. It’s free and open to the public.

The women’s team will compete in an exhibition game against Western Colorado Sunday afternoon. Tickets will be required for this game. 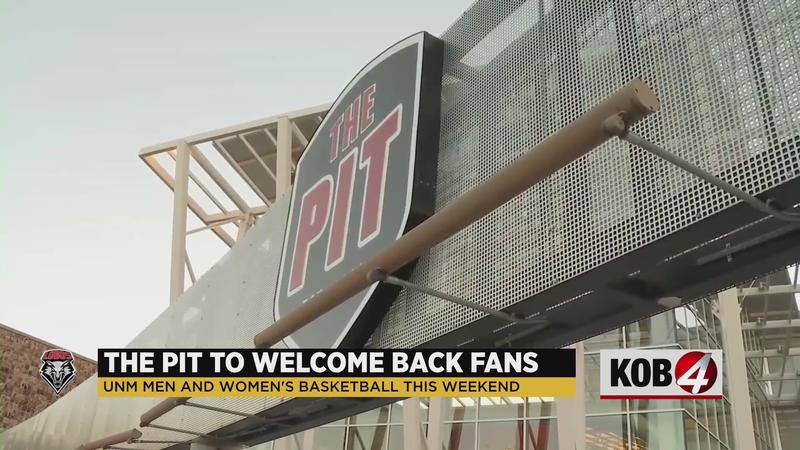 Last season, the men’s team played all of their games on the road because of New Mexico’s COVID restrictions. The women’s team played two games inside the Pit last spring, but fans were not allowed.

"We felt bad, I felt bad for them. You know they’re kids, they’re students, they were out of their element, it was, it was sad.”

During the break, health leaders used the arena as a mass COVID-19 vaccination site. Medical workers were able to give out more than 1,500 doses every day.

"We’re proud to have had The Pit be a vaccine station for the state of New Mexico, that’s what we’re here to do as a university – serve the state and serve the region,” Williams said.

Lobo reps say they are excited to bring fans back into an arena designed for the fan experience.

"The Pit is one of the things that makes New Mexico basketball, and New Mexico special, and the energy that comes to that building when the Lobos make a great play and it comes alive, it’s just something really special,” Williams said.