ALBUQUERQUE, N.M.- Dillon Breuer and his father, Don, spent more than a year working on fixing up an old truck.

"He called me. I answered my phone, and my heart just dropped," Don said. "I’m like I know all the hours we put into it, and literally just finished it about two weeks ago."

The truck was parked at the Aspen Apartments near Cottonwood Mall.

"It was hard to catch my thoughts in that moment. I was obviously thinking about the brand-new tires I had just gotten, $1,200 tires, the beefiest Kevlar tires that I could have gotten, and I was excited to take it off-roading." 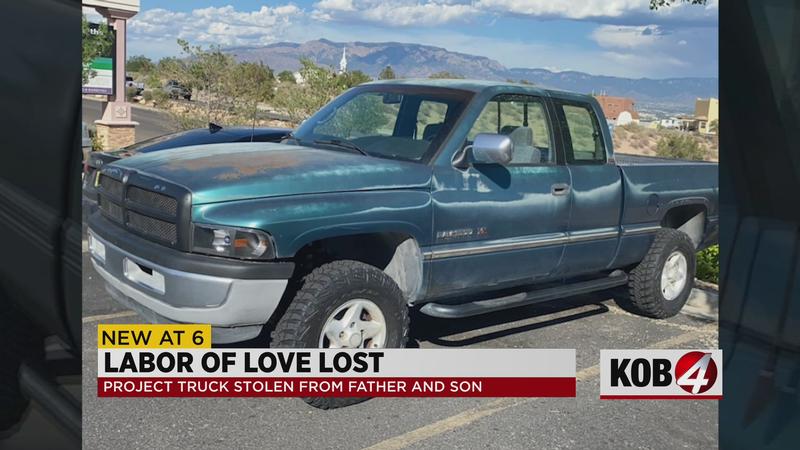 The theft is the latest blow to the family. Don has been battling several severe health issues, double kidney failure and a malignant tumor.

For the pair, working on the truck was cherished time together.

"We just want the truck back for the memories," Don added.

The family set up a GoFundMe account to pay to replace the truck. Click here to donate.