ALBUQUERQUE, N.M. — A third ape has died from complications of the Shigella bacteria circulating among the primates at the ABQ BioPark Zoo.

The zoo lost its female siamang, Johore, on Tuesday. She was a mother to 4-year-old Eerie and 2-month-old Rue.

"Despite the incredible efforts of our animal care team, we lost another member of our BioPark family to this terrible illness," ABQ BioPark Director Stephanie Stowell said. "While this loss deeply affects us, our priority now shifts to the health of Johore’s sons and doing everything we can do to eradicate Shigella from our facility as quickly as possible."

Johore is the second siamang to die from the bacterial infection, following a siamang named Brian and a gorilla named Huerfanita. 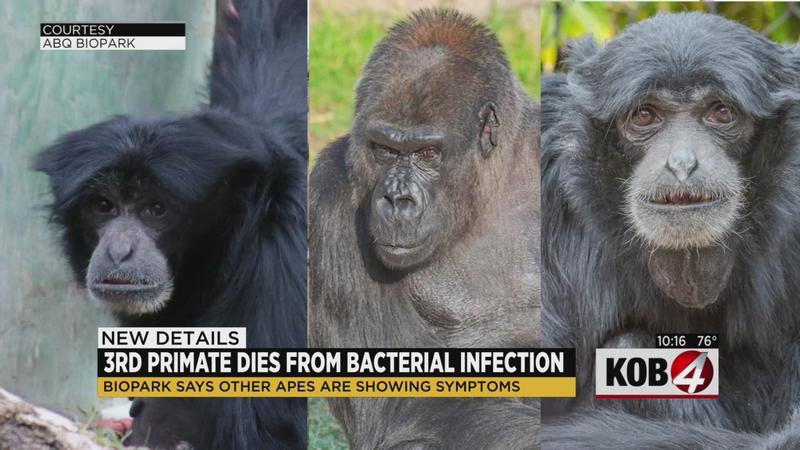 At this time, BioPark officials said two chimpanzees are showing symptoms similar to those of a Shigella infection.

The majority of the other apes are on the mend. Hasani, a male western lowland gorilla, was previously showing severe symptoms but is making slow improvement. Jack, another male gorilla, is remaining indoors while caretakers observe his symptoms.