ALBUQUERQUE, N.M. — A 6,100-acre wildfire is burning in the Lincoln National Forest, near Three Rivers Campground between Tularosa and Carrizozo.

Fire officials said the fire, which is 0% contained, has reached the boundary of Ski Apache and also into the South Fork Bonito area.

As of Tuesday afternoon, the following evacuations have been lifted:

And all inhabited areas west of Highway 37 including:

Crews planned on using a variety of tactics to suppress the fire Monday, however, all aircraft had to be grounded because of high winds. Tuesday morning brought rain and snow to some portions of the fire. 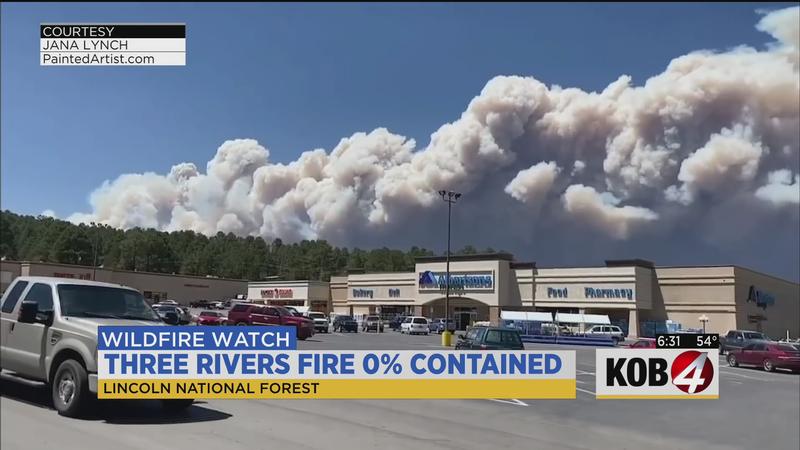 Crews are working on securing the south side of the fire, and scouting for potential fire lines on the east and northern sides of the fire. Evacuations are expected to stay in place through Tuesday night.

No injuries have been reported, and no structures have burned, according to fire officials. The cause of the fire is still under investigation.