ALBUQUERQUE, N.M. — The Albuquerque Police Department says they have a new strategy for finding stolen cars and you might already know about it.

On Thursday APD was able to use a device called a "Tile" – a small white square designed to help folks find their keys – but now it could help you find bigger things, like a car.

“What’s exciting to us is these new devices are much more affordable and discrete, you can put them anywhere in the car,” Gilbert Gallegos, APD spokesman, said.

From the center console to the glove box, or even under the seat, as long as it’s in the car the Tile app can help police – like it did Thursday when they ended up making arrests.

“Someone called 911 and reported their car stolen and too often what happens is – everyday cars are stolen – but there is a time delay and it is really difficult with the manpower just to locate it. They are gone in the wind sometimes,” Gallegos said. 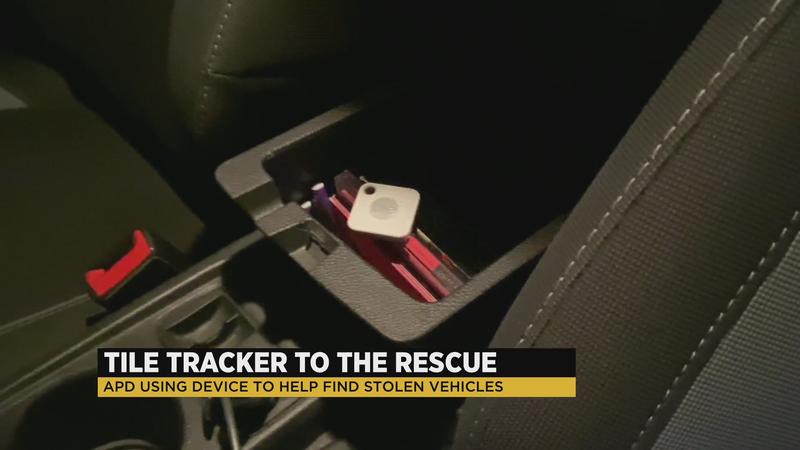 But this time they were able to arrest 29-year-old Xavier Wells and 39-year-old Monica Zamora and charge them with receiving and transferring a stolen vehicle. Zamora was also charged with possession of a controlled substance and felon in possession of a firearm.

After this success, APD is considering using Tile more often.

“Maybe there is a way for us to use stickers or advertise on the vehicles that they are being tracked by GPS and have it be a deterrent for people, so they won’t even try to steal it or rob that car in the first place,” Gallegos said.

APD already encourages folks to have Ring cameras or similar home security devices to stop break-ins or thieves. Now they say people should consider adding a new tool to their key rings.

“If you can use it to avoid theft or to keep people safe, it’s worth it, I think,” Gallegos said.

APD also wants to remind folks if your car is stolen and you are able to track it, please call the police and have them take care of it rather than tracking down the car yourself.