ALBUQUERQUE, N.M.- A year after officers with the Torrance County Detention Center used ‘OC’ Spray on a group of inmates, included asylum seekers, two immigrant rights organizations filed a lawsuit against the county and the company that runs the jail.

The ACLU and the New Mexico Immigrant Law Center say inmates were peacefully protesting when 18 guards showed up in gas masks and shields and deployed multiple cans of the spray.

"Instead of listening to our clients’ concerns and trying to address the problem, they were met with extreme violence and unnecessary force," said Nadia Cabrera-Mazzeo, staff attorney with the ACLU.

The ACLU claims inmates were protesting the lack of precautions against COVID-19.

The company that runs the detention center, Core Civic, said in a statement, "After attempts by facility staff to deescalate the situation were unsuccessful, the facility staff deployed oleoresin capsicum, commonly referred to as "OC" spray. 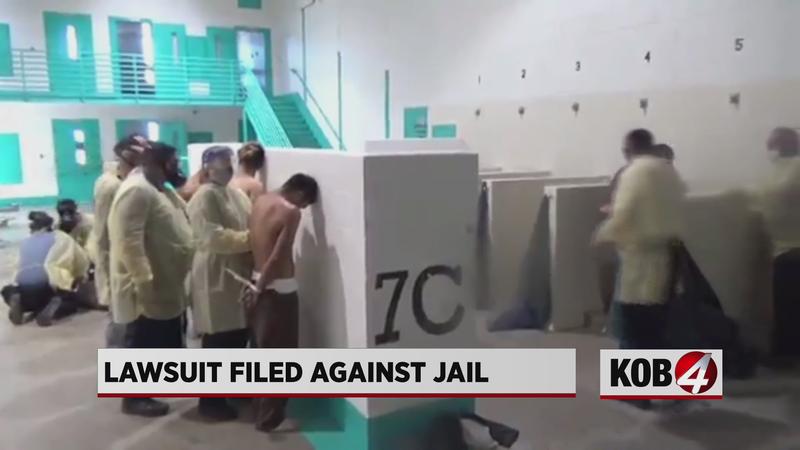 "After the deployment of OC, the detainees became compliant and staff was able to mitigate further risk of injury to both detainees and staff."

A spokesperson with the company said no one was hurt.

But according to the lawsuit, some inmates passed out, caught COVID and two attempted suicide.

"During the attack, the guards deployed the pepper spray directly on our clients’ faces," Mazzeo said. "The decontamination process was completely botched. They were handcuffed and not permitted to use the showers, and they were spoken to in a language they didn’t understand so the decontamination process was not effective. A lot of our clients had the chemical irritant on their skin following the attack."

The lawsuit is asking for damages for injury and an injunction, prohibiting the use of chemical agents at the Torrance County Detention Center.