SANTA FE, N.M. — KOB 4 is learning more about what was taking place on a Santa Fe set Thursday when two crews members were shot by a prop gun.

"We were rehearsing and it went off and I ran out, we all ran out,” said another crew member in a call to 911.

Authorities have confirmed Alec Baldwin fired the prop gun that killed "Rust" cinematographer Halyna Hutchins and injured director Joel Souza. Baldwin is the star and producer of the film.

The western was shooting at the Bonanza Creek Ranch. The 911 calls were released Friday.

The dispatcher asked the caller, "Was it loaded with a real bullet?" 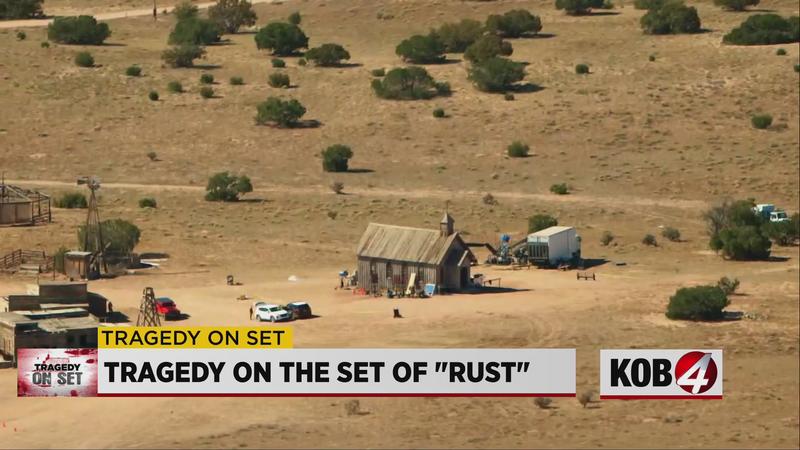 The caller responded saying, "We don’t, I don’t, I cannot tell you that. We have two injuries from a movie gunshot.”

The caller also appeared to place blame on another one of the crew members, saying, “And this (expletive) AD that yelled at me at lunch, asking about revisions, this mother (expletive.) (inaudible) He’s supposed to check the guns. He’s responsible for what happens on the set."

According to our partners at the Santa Fe New Mexican, a search warrant said the assistant director grabbed one of three prop guns – unaware it had live ammunition – from a rolling cart, handed it to Baldwin and yelled, "cold gun!"

The prop gun was fired by Baldwin, striking Hutchins in the chest. Souza, who was behind Hutchins, reportedly sustained a gunshot wound to the shoulder.

Hutchins was airlifted to UNM Hospital where she later died. Souza was taken by ambulance to a nearby hospital to receive emergency care. He was later released from the hospital.

The warrant also said a crew member responsible for the guns on set removed a spent casing out of the gun after it was fired.

Deputies took the gun as part of the investigation, along with other pieces of evidence from the set.

On Friday a spokesperson for the Santa Fe County Sheriff’s office said they didn’t anticipate to release any updates on their investigation until next week. He also couldn’t confirm or deny reports that the prop gun fired a live round.

NBC News is reporting several crew members recently walked off set due to safety concerns. Production has been halted for the time being.

"There are no words to convey my shock and sadness regarding the tragic accident that took the life of Halyna Hutchins, a wife, mother and deeply admired colleague of ours. I’m fully cooperating with the police investigation to address how this tragedy occurred and I am in touch with her husband, offering my support to him and his family. My heart is broken for her husband, their son, and all who knew and loved Halyna."

"This case is still in its preliminary states of investigation. We are assisting the Santa Fe County Sheriff’s Office and have offered our full support to them. At this time, we do not know if charges will be filed. We will look into all facts and evidence of the case with great discretion and have further information at a later time. Our thoughts are with all affected by this tragedy."

"The television, film and digital entertainment community is an important part of the greater community. The Film and Digital Media Commission contributes to all aspects of our cultural life. We all share in hoping everyone can come through this awful experience, and will do everything we can to support those touched directly and indirectly by the tragedy."