ALBUQUERQUE, N.M. — Four trampoline gym owners in the metro area have filed a lawsuit against Gov. Michelle Lujan Grisham and two of her cabinet secretaries.

"We are not a transmission site of COVID,” said Tamara Portnoy, owner of Cool Springz.

Trampoline gyms aren’t allowed to be open under the current public health order, which Portnoy believes in discriminatory.

"One of the businesses that’s allowed to be open is gyms, and how are we significantly different from a gym? We provide fitness. We are trampolines and laser tag and ninja courses, and they’re just as much of fitness and training as being on a treadmill or riding on a bike,” she said.

Portnoy said her business and others like it have suffered huge financial losses since they closed nearly a year ago, and they will only be able to stay afloat for a little while longer.

"We’ve lost so much. We’ve lost all of our revenue for a whole entire year. What business can survive with no revenue for a year and very little assistance? I’ve taken advantage of everything that’s been made available to me—EIDL, PPP, the finance authority loans and grants, and it’s still not going to be enough,” she said.

The lawsuit is asking a federal judge to block the state from enforcing the public health orders banning trampoline gyms from opening.

"What we’d like to do is work with the governor’s office and with the department of health to develop a set of COVID safe guidelines similar to the gyms, similar to the schools, that we could operate under and be open and allowed to have children,” Portnoy said.

KOB 4 reached out to the governor’s office for a response to the lawsuit. A spokesperson said the administration doesn’t comment on pending litigation. 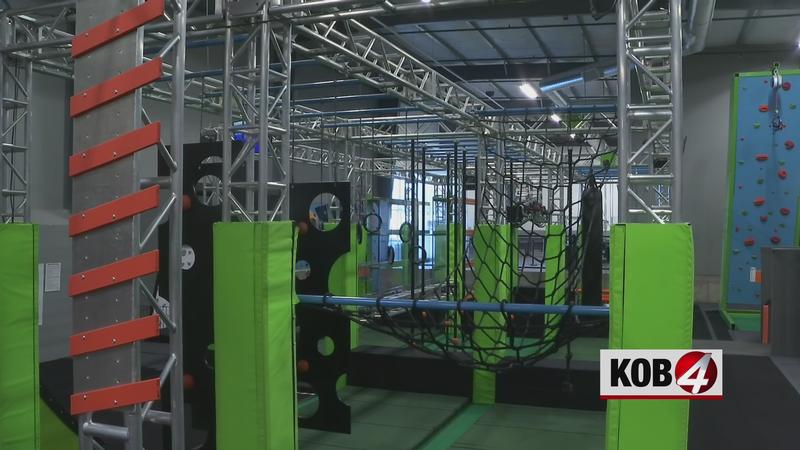