ALBUQUERQUE, N.M – With Fresno State coming to the New Mexico Bowl, that means Cleveland legend Tre Watson is returning to his home state.

Watson is wrapping up his freshmen year with Fresno State and appeared in 11 games, catching eight passes.

Watson was a state champ in football and basketball with Cleveland.

He’s the only New Mexico native on Fresno State’s roster. 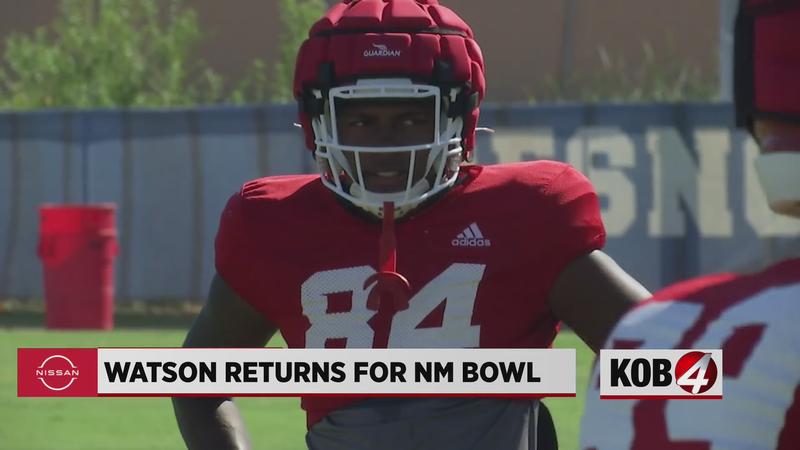