ALBUQUERQUE, N.M. — Prosecutors and Izaiah Garcia’s defense laid out their case with their opening statements Wednesday.

Attorneys said word of the party spread like wildfire on social media.

"As the alcohol, the cocaine, the marijuana is being consumed, you are going to hear that one of the girls there actually goes into seizures, she’s so impaired," said Nicole Moss, Garcia’s defense attorney.

The trial is going to revolve around the chaos of multiple shooters and multiple guns – and if there is proof beyond a reasonable doubt that the single bullet that killed Markey came from Garcia or not. 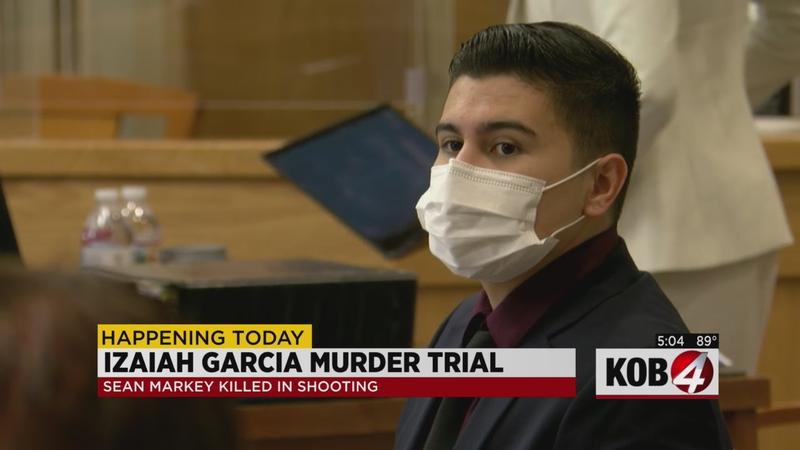 Prosecutors said a warped bullet is proof the bullet ricocheted off the concrete and into Markey’s back, and the angle of the ricochet points straight to Garcia.

"If you’ve ever played sports, if you’ve ever been a goalie keeper in soccer, you know that angles are everything, right?" Deputy District Attorney John Duran said.

The defense, however, said that Markey would have to be sitting when he was shot in order for that trajectory to work. A witness said Markey was shot while he was running away, not while sitting down.

The testimony from a crime scene reconstructionist will be crucial.

Markey’s loved ones will be waiting and watching to see what justice looks like when this trial wraps up next week.