ALBUQUERQUE, N.M.- Gas prices are on the rise.

Triple-A reports that gas is the highest it’s been since 2014.

It’s tough news for the 34 million Americans who are expected to travel by car for the Memorial Day weekend.

"It’s expected. They’re trying to make their money," she said.

Powdrell said the higher prices won’t stop her from reunited with family for the holiday. 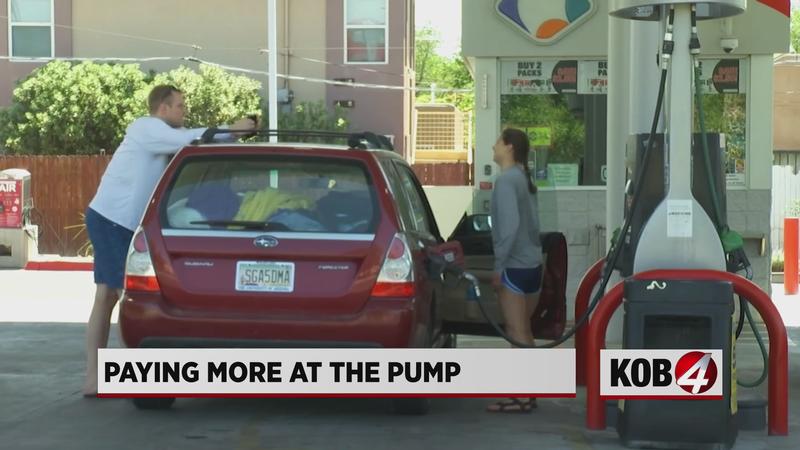 "I’m excited because I’m going to see my family members that I haven’t seen in a long time," she said.

The average price for a gallon of unleaded in New Mexico is $2.95, according to Triple-A.

People in California are paying $4.19 per gallon.

"Actually made a visit 2 1/2 months ago to California and gas prices in the Bay Area were $4.50– just crossing from Arizona into California, it was already $4, so when you look at $2.8,6 I guess it’s not that bad," said Andrew Cardwell.