ALBUQUERQUE, N.M – Albuquerque crews had to work quickly to repair a damaged arroyo from Tuesday’s storm.

Part of the bottom section of the Hahn Arroyo Channel was partially torn from the severe flooding.

"Anytime where you have a lot of runoff there is always a chance you have damage to a channel," Lovato said. “This channel fills up with water very quickly every time it rains."

The North Diversion Channel filled up with eight feet of water Tuesday. It was built to handle 200-year rain intensity events. 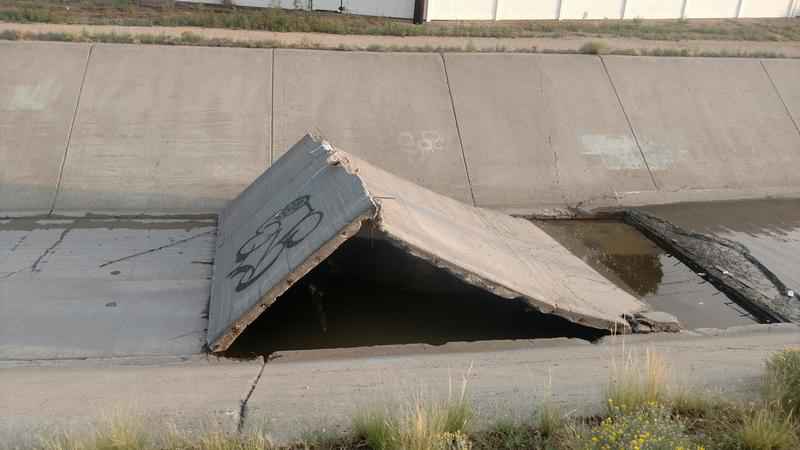 During Tuesday’s storm, parts of the city came close to that within a 15 to 20 minute time frame.

The reason why the flooding was so severe was because of just how much rain poured down in a short amount of time.

"It was an intense quick storm, so it was moving so quickly that it just dumped its water and kept on moving," Lovato said. "We see a lot more short-duration, high-intensity storms today than we did, say, ten years ago."