ALBUQUERQUE, N.M. – A former chair of the Republican Party of New Mexico is one of two New Mexicans subpoenaed by the U.S. House committee investigating the Jan. 6 Capitol riots.

Deb Maestas and Jewll Powdrell were subpoenaed by the panel in a demand for testimony from them about attempts to overturn the results of the 2020 election.

The panel alleges the former chair and the former Rio Rancho businessman were two of 14 people who met and submitted false Electoral College certificates declaring former President Donald Trump the winner in New Mexico and six other states where President Joe Biden won.

Ford-Tinnin previously led the Republican Party of New Mexico as the party’s executive director before she was replaced by Nike Kern. The replacement was made official in a Dec. 14, 2020 press release. 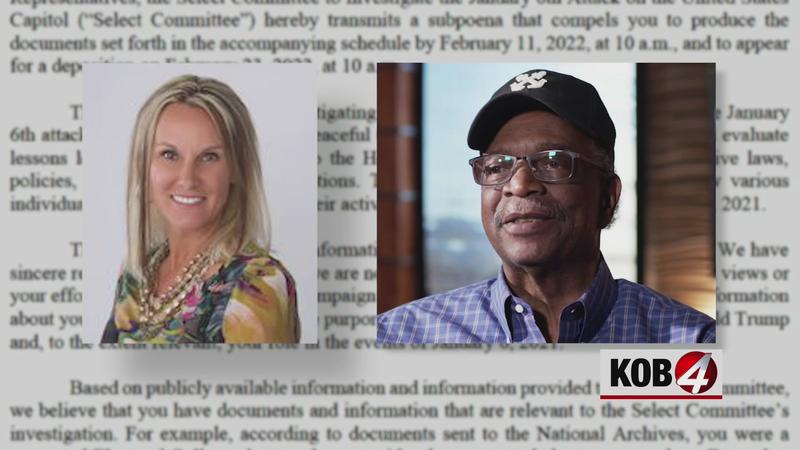 Tripp served as a National Committeewoman for New Mexico during the 2020 Republican National Convention.

Information obtained by the panel stated groups of individuals met Dec. 14 in the seven states. The individuals then allegedly submitted fake slates of Electoral College votes for Trump. "Alternate electors" from the seven states sent Congress those certificates, which were used as justification for delaying or blocking the Jan. 6, 2021 certification of the election during a joint session of Congress.

Here is the full list of the 14 individuals subpoenaed by the U.S. House Select Committee, with links to each subpoena.