A viewer sent KOB 4 video of what they say shows at least three people stealing from the Target on Wyoming recently. It appears whoever is taking the video is trying to chase down the thieves.

Two people can be seen in the back of a red truck. One of them flips off the camera, and they end up getting away.

KOB 4 Public Safety Expert and retired APD Commander Paul Szych says it’s best not to chase after anyone. Instead, just safely get as much information as you can, like a vehicle description and direction, and tell police. 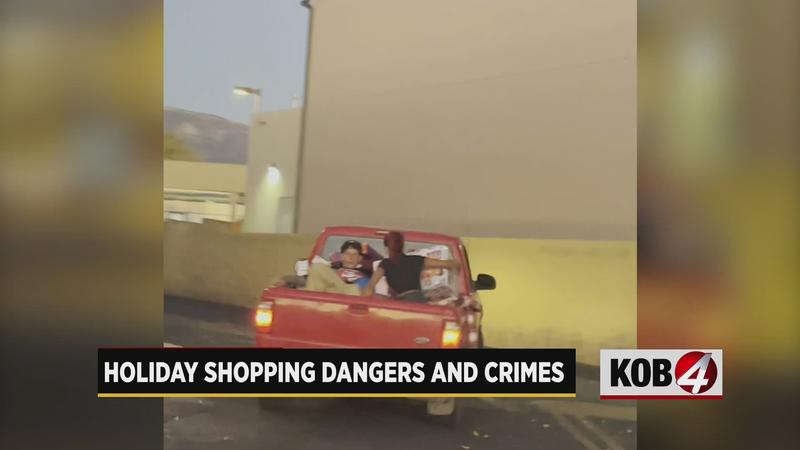 “Many offenders that are property crime offenders are also capable of becoming or acting as violent offenders if cornered,” Szych said.

1 — Stay aware of your surroundings.

2 — Especially for women, don’t carry a purse inside. Lock it in your trunk before you get there.

“That alone will dramatically reduce the possibility of you having yourself targeted for theft,” Szych said.

He said it’s best if you are able to simply have your phone, credit card and ID with you as you enter and exit stores instead of using a bag.