ALBUQUERQUE, N.M. — Erica Sanchez stopped at the gas station at 12th and Lomas Wednesday morning on her way out of town to visit family in Colorado, and she got a big surprise.

"I pull up and there was like an envelope, manilla envelope that’s got like sparkles and decorated, it was just crazy," Sanchez said. "And so it said, ‘if you find this, it’s for you’ and I looked around to make sure I wasn’t being filmed or something."

The envelope had $120 in cash inside, along with a note from the "Ugly Sweater Elf."

Sanchez, a single mother of six, said she now has the money to buy Christmas gifts.

"You have no idea how much hope was restored today for my children and I," Sanchez said. 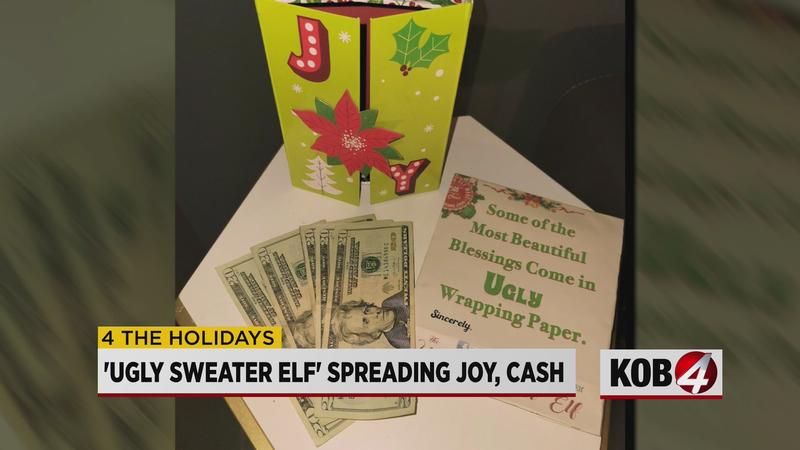 "The kids are going to pick a toy when they get back, from the new toys we get from family, and donate it to the Goodwill or to the local charities or thrift stores so someone else can have it. That’s what we’ve all talked about in the car on the way up there about what we’re going to do to give back," Sanchez said.

KOB 4 spoke with the Ugly Sweater Elf Wednesday afternoon. He said there will be 12 more envelopes full of cash placed around Albuquerque.

A hint: keep an eye out at gas stations and bus stops.