ALAMOGORDO, N.M. – With recreational marijuana sales about to make its debut in New Mexico, businesses – and future customers – are preparing. But in Alamogordo, the city is preparing for something that’s not just an ordinary dispensary.

CEO and President of Ultra Health Duke Rodriguez has a lot to be excited about as plans push forward for the new massive Ultra Health facility in Alamogordo – and this new facility isn’t a dispensary.

"If I sound excited, I am. It will be a facility the others can bring their plant material have it trimmed have it stored have it dried have it cured have it package, so I think ultimately it will probably be a single largest cannabis production facility in the state absolutely,” said Rodriguez.

The 225,000-square-foot facility is comparable to 100 dispensaries. Once it’s up and running it has the potential to process $100 million of cannabis a year.

The Otero County Economic Development Council has been partnering with Ultra Health on this project for over a year, and with this huge building comes tons of new jobs.

"Outside the defense industry, municipality, and medical industry ultra health will be one of the top private employers in Otero County very excited to be able to bring back life to that facility and bring the quantity of jobs that it was meant to have," said Laurie Anderson, the interim executive director of Otero County Economic Development Council.

It will provide around 300 jobs once fully operational, along with the manufacturing side – Ultra Health is also hoping to use this facility as a research lab.

"Just today, we submitted, took the first step in submitting our application with the DEA to get a nationally qualified cannabis research facility,” said Rodriguez.

It should be open and operational by the end of this year. 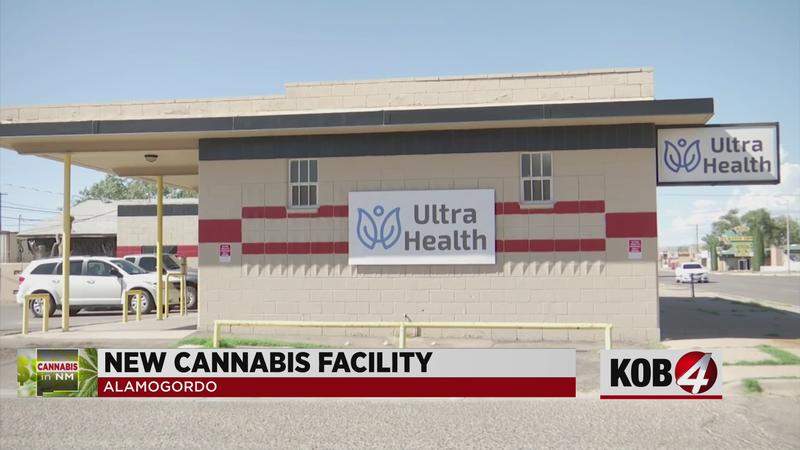