ALBUQUERQUE, N.M. — Mask or no mask in class? Some students at Eldorado High School discovered this week that the answer had consequences in their classroom.

Some pictures shared with KOB 4 show a row of desks separating the students who choose to unmask in a classroom. School officials have responded, calling it "unacceptable."

New Mexico Gov. Michelle Lujan Grisham lifted the mask mandate last week, but not everyone is in a rush to ditch that added protection.

“People have families and they don’t want to expose them,” said Noah Abril, an Eldorado High School student.

In one classroom, students were asked to take a survey asking if they would be willing to wear their mask to help protect the teacher’s four-month-old baby who cannot be vaccinated.

“That’s a little weird but it seems like it to help for the safety of kids,” said Adrian Aguilar, another student at the high school.

Some kids we talked to, who are not in that class, seemed to be indifferent about it. But it caught some heat, prompting the school principal to send this letter to parents, calling the move "unacceptable."

The letter states that masking is now a choice – saying teachers cannot create their own rules. The principal went on to ensure parents that school staff will follow those guidelines.

KOB 4 did reach out to the union about this. Albuquerque Teacher’s Federation President Ellen Bernstein said are working to clarify everyone’s rights when it comes to organizing their own classrooms while ensuring student and staff safety. 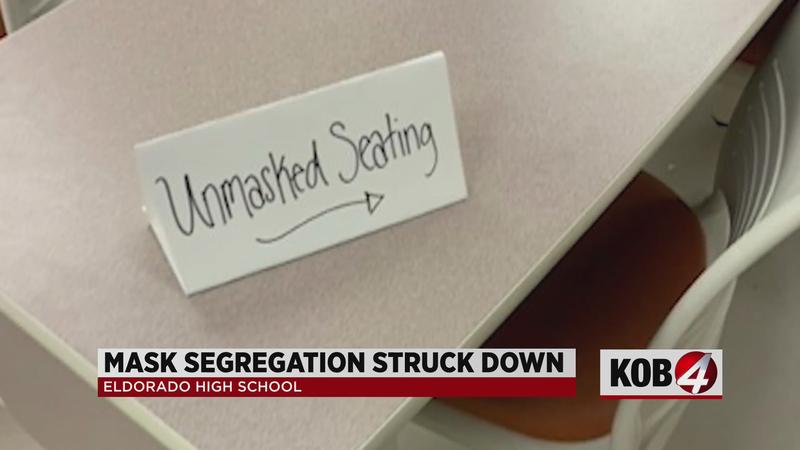